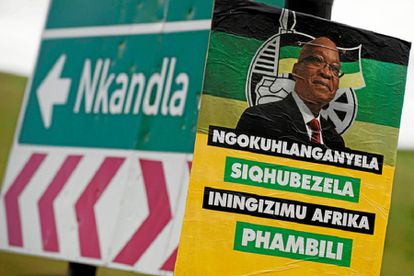 President Jacob Zuma announced on Wednesday that he is planning to provide Parliament with a â€œfurther report” on â€œdecisive executive decisions” regarding the redevelopment of his Nkandla property, but is still waiting for a third report from the Special Investigating Unit (SIU) before he responds in full. Thuli Madonsela had initially set a deadline of two weeks for the President to respond to her 400-page ‘Secure In Comfort’ report.

President Zuma is now in possession of the Public Protector’s report and the inter-ministerial task team report, but will wait for the SIU report before â€œtaking further steps.” The written statement confirmed â€œwhen that (report) reaches his hands, he will be able to look at all three of them and report back to Parliament in full as to what actions he’s taking.”

In a written statement, the presidency said: â€œPresident Jacob Zuma has today, 2 April 2014, submitted a response to the Speaker of the National Assembly, Mr Max Sisulu, in relation to the report of the Public Protector on the security upgrades at his Nkandla residence. The president has decided that he will give a full and proper consideration to all the matters before him and, upon receipt of the SIU report, will provide Parliament with a further report on the decisive executive interventions that he would consider to be appropriate. The president remains concerned about the allegations of maladministration and impropriety around procurement in the Nkandla project, in particular the allegations of cost inflation.”

Meanwhile Helen Zille’s Democratic Alliance party announced that it had unearthed â€œnew evidence” suggesting the president may have â€œdeliberately” misled Parliament and â€œviolated the constitution and the law,” which would warrant a full parliamentary investigation. DA caucus chairman Wilmot James said: â€œToday, we are presenting further evidence that we will be submitting to the Speaker of the National Assembly, Max Sisulu, at the first available opportunity to support the removal of President Zuma.”

The matter refers to a question that Lindiwe Mazibuko asked Zumain November 2012 regarding Nkandla. In his response Zuma said: â€œI have never asked government to build a home for me, and it has not done so. The government has not built a home for me. What government did, given its own considerations of security, was to build other houses beyond my home for the security personnel. These are not shown on television and these are really the government’s houses, but I do not know how much they cost…I was informed that improvements needed to be made at the family residence to enhance the security of the head of state. The nature and form of improvement were decided upon by the relevant officials through their departments. As already indicated, such information would not include details on the specifics about what would be done by whom and at what cost.”

Mazibuko claimed that this response was â€œrevealing” because it suggests Zuma was â€œfully aware” of the differences between renovations to his personal home and renovations being â€œorganised by the state” for security reasons, which contradicts his claims regarding the extent to which he was involved in the direct decision making processes during the redevelopments.