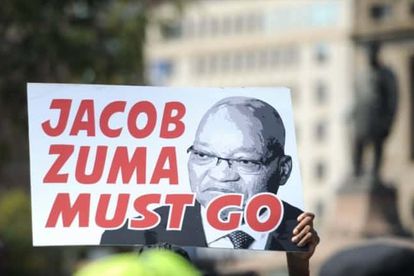 Tuesday 17th October will go down as a momentous day in South African politics. It’s both the day of another Jacob Zuma reshuffle, where five changes were made to his cabinet, and the day that the state capture inquiry into high-profile MPs and businesses began.

Both will have far-reaching consequences, but only one is in the true interest of democracy. The cabinet reshuffle is a poorly-disguised hoax. It’s a man rearranging the deckchairs on the Titanic, in the hope it will take our attention away from a sinking ship.

Well, I’m afraid it doesn’t work that way Mr Zuma. You have certainly fooled us before, perhaps more than once, but we are very wise to your game these days…

Zuma reshuffle: Who does what now?

It’s almost too slimy, even for Mr Zuma. But still, as the investigation into state capture begins in Parliament, JZ couldn’t resist the chance to play political chess. At 09:00 this morning, all eyes were on the inquiry into Eskom and its atrocious relationship with the Guptas and the government.

By 11:00 am, this was already as good as yesterday’s news. The reshuffle – though it affects five departments – only cost one person their job: Blade Nzimade.

If March’s reshuffle was to punish certain state capture critics, then today’s was to deceive them. The king of time-wasting has found another ploy to stall and delay the inevitable. Though the inquiry will continue, he’s won the first battle by removing the initial sting.

We were talking about delays, weren’t we? Well, everything is connected when it comes to Jacob Zuma. You’ve just got to take a step back, and join the dots.

There is already talk of Jacob Zuma moving to delay the December Electives for the ANC, an event where the party will nominate their next leader to take them into the 2019 elections.

However, he can’t just pull the plug because his chosen successor has lost popularity, or he fears that things won’t go his way. He’ll have to present a case to his party stating why. Yes, it will be full of flimsy reasons, but they’ll still help him justify his actions to the only people left supporting him: His die-hards within the ANC.

By changing up his ministerial staff, we can see he’s already putting a plot in place. Sure, delaying the Electives will undermine the economy, devalue the rand and further humilate South Africa’s reputation. But this is a game for Jacob Zuma, and he only wants to win.

Ah yes, what he faces the now infamous ‘783 criminal charges’ for. In Zuma’s defence, that number should actually read as 18. The rest are merely caveats attached to his main counts of corruption and fraud over an illegal arms deal. Nonetheless, isn’t that still 18 more charges than any political leader should have?

The spy tapes refer to the evidence that gave Jacob Zuma a ‘get out of jail’ card back in 2009. Head of the now-disbanded Scorpions unit Leonard McCarthy was caught on tape colluding against Zuma with former NPA officials and ex-president, Thabo Mbeki. This was controversially ruled as the reason JZ shouldn’t face trial.

A surprise turn of events, where Zuma’s legal representatives admitted the decision was ‘irrational’, have lead to him being told he faces a criminal trial. But guess what? He’s using every trick in the book to stall proceedings.

The King of time wasting

Zuma and his legal counsel are already demanding a new prosecution team is formed. The trial can’t even move forward because he wants to give his representations to the court.

It’s an endless cycle with Jacob Zuma. Act recklessly, accept no responsibility, challenge every decision that goes against you, and spin a web of deceit to find a way out under the guise of a ‘Zuma reshuffle’. His systematic abuse of South Africa’s legal system hurts the country every day, yet he keeps winning the game he’s so desperate to play.

His reshuffles are a distraction. We must not forget how this man operates, and what his end goal is: He wants to escape justice at all costs.