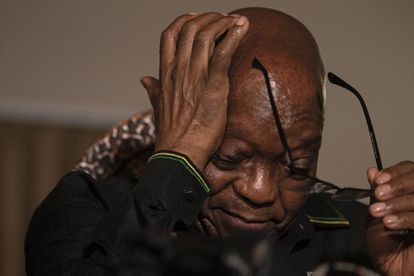 The corruption trial of former President Jacob Zuma and French arms manufacturer Thales is expected to resume in the Pietermaritzburg High Court on Monday, 19 July. Zuma pled not guilty to all charges of racketeering, fraud and money laundering linked to the arms deal in the previous court appearance on 26 May.

The court is expected to hear Zuma’s special plea to have state advocate Billy Downer, SC, removed from the trial. The former president’s plea alleges Downer is politically compromised because he supported court action by the Democratic Alliance (DA), he allegedly illegally leaked information to a journalist and because he interacted with Leonard McCarthy, of the disbanded Scorpions, while he knew that McCarthy was in contact with CIA spies, according to The Witness.

The special plea is the reason why the proceedings were postponed to 19 July. Downer viewed the delay as necessary and told the Pietermaritzburg High Court to allow Zuma’s defence to file supporting documents that were not attached to its application for his removal.

“…their papers in certain respects are insufficient and incomplete, so we have given them a list of what we think is incomplete and how it needs to be supplemented,” said Downer to the court, according to The Mail and Guardian.

The state disputes the allegations made by Zuma and his counsel as to why be removed from the prosecution, according to Downer.

The state appointed a team of five counsel to oppose the application which will be led by Wim Trengrove SC.