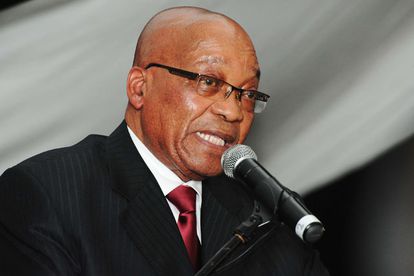 South African President Jacob Zuma played the rape card at a press conference on Monday, recounting how one of his wives was reportedly raped at his family homestead at Nkandla, KwaZulu-Natal. The rape in question is supposed to have taken place in 1998, and was widely known among media members but not reported on account of South African laws protecting the identity of rape victims.

“Those who say I don’t need security, it’s not like we were dealing with a normal situation. People broke in and raped my wife” Zuma said in a detached voice, revealing the crucial piece of personal information only two days before national and provincial elections to be held on Wednesday, which the ANC is nonetheless expected to win by a landslide.

“There were issues that had called for security, particularly in my homestead. My homestead was burned twice during violence,” he added, “criminals came, raped my wife. They were arrested, charged, convicted.”

It is unclear which one of President Zuma’s four current wives or two previous wives might have been the victim of the sexual assault, however, the ANC tweeted briefly that it might likely be his third wife, Kate Matsho Zuma, who later committed suicide in 2000. But the tweet was immediately removed. However, with Kate Zuma having passed away, it is likely that President Zuma felt safe enough to bring up the rape incident publicly, not fearing any legal repercussions.

It was the first time that President Zuma reacted to the Nkandla scandal, giving personal information to justify his motivation for the upgrades after largely avoiding and dismissing the subject for weeks. The work on the upgrades started in 2009, as soon as Jacob Zuma took over as president – over a decade after the alleged rape incident. In a separate statement, Zuma justified that Nkandla simply wasn’t an election issue for him or for his electorate.

“I’m not worried about Nkandla. The only people who speak about it is you, the media, and the opposition.”

The president’s statements come several weeks after Public Protector Thuli Madonsela’s report on the security upgrades at Nkandla was made public, which criticised Zuma and his family from benefitting from taxpayer’s money directly to the end of private gains at Nkandla. The “Secure in Comfort” report demanded informally that the president pay back at least R20 million. The controversial ‘security’ installations detailed in the report include a helipad, a swimming pool, a visitor’s centre, an amphitheatre and a kraal, among other things.

Zuma underlined that he had never been found guilty of corruption or tender-rigging in his defence. However, the president has indeed been to court to face charges of corruption and has over 650 open fraud and corruption cases still pending against him.

In 2005, Zuma himself was infamously acquitted of rape charges after a controversial trial.