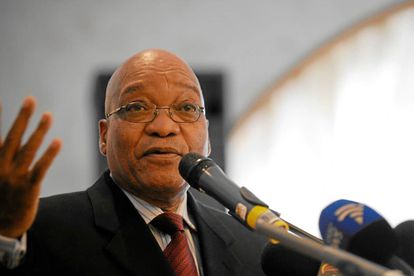 According to BusinessDay, Zuma’s application is 100 pages long.

Zuma is expected to appear before the proceedings from Monday, 16 November 2020 throughout the week, to finally answer to allegations of widespread corruption. The former president has been implicated by at least 34 witnesses who have taken the stand at the commission.

It comes as a war of words broke out between Zuma’s lawyer Eric Mabuza and the commission’s secretary, Professor Itumeleng Mosala. Mosala had written to Mabuza, seeking confirmation on whether Zuma would be appearing.

The former president’s lawyer responded by accusing Mosala of attempting to bully his client.

“Your conduct is completely unnecessary and uncalled for. The deputy chief justice has never treated us with the disrespect you show us. If anything, your conduct will only serve to harden attitudes in this delicate matter,”

The former president maintains the proceedings and Zondo have been biased and had once threatened to not appear, should he not recuse himself. Zuma had claimed there were ‘historical family relations’ which would hinder Zondo from being objective.

This prompted the deputy chief justice to admit to having fathered a lovechild with Zuma’s sister-in-law in the 1990s.

Zondo said he had no idea at the time that Madiba would later Thobeka Madiba – the woman’s sister, years later.

“To my knowledge Zuma had no relationship with Ms Thobeka Madiba in the mid-1990s. That Mr Zuma happened to marry the sister of a woman with whom I had had a relationship that ended so many years before that marriage has never had any bearing on the execution of my judicial functions in the many matters involving Zuma in which I have sat as a Justice of the Constitutional Court since 2012. Nor does it have any bearing on the execution of my duties as chairperson of the commission,” he said.