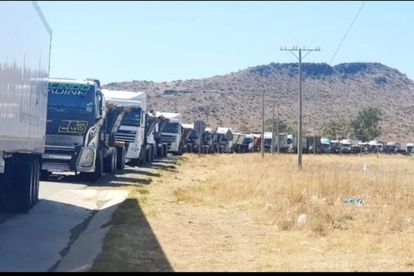 Zululand District Municipality Mayor, Thulasizwe Buthelezi has called for trucks that pass through parts of the municipality to be banned between 06:00 and 18:00.

This, after a horrific crash on the N2 Pongola claimed the lives of 20 people on Friday, 16 September 2022.

CALLS FOR TRUCKS TO BE BANNED DURING THE DAY

Buthelezi said the R34 from Vryheid to Richards Bay and the N2 from Pongola to Richards Bay simply cannot cope with the number of trucks passing these routes on an hourly basis.

Buthelezi also said there is enormous pressure on Zululand’s infrastructure and as a result fatal road accidents have become a daily occurrence.

On Monday, a driver’s life was miraculously spared while two people were injured in another horrific accident on the R34 between Ulundi and Vryheid.

Six vehicles were involved in the accident (an SUV, a bakkie and four trucks) and four vehicles caught alight after the secondary crash and were engulfed in flames.

The route has reportedly been used as an alternate route for trucks travelling to Richards Bay, following the horrific crash on the N2 between a truck and a bakkie that was ferrying pupils.

“We call upon the Minister of Transport to urgently come up with a national strategy to deal with these trucks including limiting their times to travel between 18:00 to 06:00 only,” Buthelezi said.

The death toll of gruesome accident has been confirmed to twenty by the South African Police Service (SAPS) after forensic experts discovered that one body was counted twice.

Acting KZN Premier Nomagugu Simelane together with MEC for Transport, Community Safety and Liaison, Sipho Hlomuka and Acting Education MEC Bongi Sithole-Moloi met with learners and the families of the victims of the horrific crash that claimed the lives of 18 learners, a teacher and the van driver.

On Monday, 19 September, a visit was reportedly undertaken to the accident scene with a team of experts.

“Preliminary indications point to human error and failure to adhere to the rules of the road as the cause of this gruesome accident.”

KZN Office of the Premier