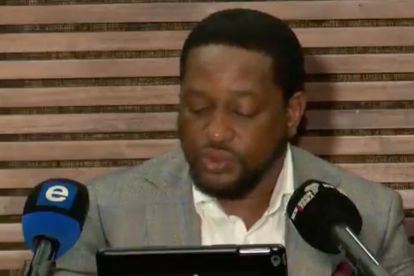 Zulu King Misuzulu ka Zwelithini has called for members of the Amazulu nation to desist from participating in the violent riots that have continued in KwaZulu-Natal (KZN) and Gauteng since the weekend, saying that no degree of injustice burdening his people should lead to a surrendering of their dignity.

King Misuzulu spoke to the media on Wednesday 14 July and urged for calm and consideration of the consequences of the distressing actions of members of his kingdom.

Misuzulu said that the Zulu nation has endured far more pressing challenges than the ones currently facing them, and said that the participation of his people in the “chaos” currently underway is doing their image a severe disservice.

“We as a nation know who we are, and we have withstood similar situations in the past. During the great tribulations, we remained calm and resilient,” he said. “What we are witnessing – a wave of chaos and looting – has swept across KZN and has spread across the country since the arrest of our former president. I believe we all agree that it is not the right way to express our dissatisfaction. It creates a picture of a people who have lost their dignity.”

“What is even more saddening is that so many of those who are drawn to this lawlessness and criminality are members of the Zulu nation. It has brought great shame upon us all, as fingers are pointed at my father’s people. “

King Misuzulu pleaded with members of the Zulu nation to desist from their roles in the destruction caused by the riots. He sympathised with those who feel that they have no choice other than to join in the looting of shops and businesses in order to ensure that they and their families are fed, but condemned the actions of rioting mobs.

“I never thought after the tragic passing of my parents that I would see our own people so complicit in burning down the country,” he said.

“I fully understand the depression born of poverty and unemployment that lures people – especially our youth – to join in this chaos, but I must appeal to all of us to take a great step back and consider the damage that is being done by our own actions.”