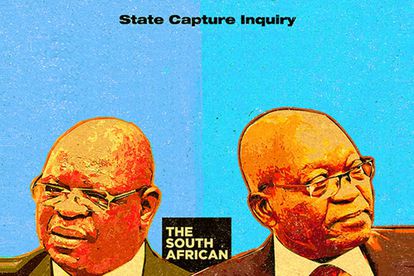 The Democratic Alliance says the ANC is now little more than an organised crime syndicate masquerading as a political party, based on the latest Zondo report.

Part three of the State Capture Commission’s report was released by the Presidency on Tuesday, 1 March 2022.

The latest report personally implicated ANC chairperson and Mineral Resources and Energy Minister Gwede Mantashe. The report recommended that he be investigated for “the offence of corruption” after BOSASA provided him with free security upgrades at his three properties.

Nomvula Mokonyane, who is the head of organising at Luthuli House was also implicated. Mokonyane is said to have breached her Constitutional and legislative duties as well as ethical obligations” when she accepted “gratification from BOSASA.”

According to the report, former President Jacob Zuma placed himself in a “conflict of interest situation,” given his relationship with Bosasa. The company is said to have given R300 000 to the Jacob Zuma Foundation every month and footed the bill for lavish parties for the former president

The report further states that there was no reason as to why Zuma should have accepted such gratification from the company.

“This is because Mr Zuma failed to provide evidence to the contrary to show a lawful authority or excuse for receiving the gratification, either at all or at a level that could give rise to a reasonable doubt. Indeed, he did not testify at all,” the Zondo report stated.

DA leader, John Steenhuisen said for the sake of South Africa, it is time for Ramaphosa to choose the country over the criminal syndicate (ANC).

“From the ANC as an organisation, to its current chief organiser, its current sitting chairperson, its current senior office-holder in Parliament to currently-serving Ministers and its former President, the cumulative effect of the three reports of the State Capture Commission released so far confirm that the ANC itself is the true cause of state capture in South Africa.

The implication is clear: if we wish to eradicate state capture, we must remove the ANC’s grip from political power.”