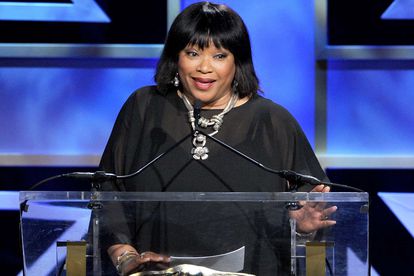 Zindzi Mandela, whose “Dear Apartheid Apologists” rant recently sent shockwaves through social media, is expected to meet with the custodians of her father’s legacy, the Nelson Mandela Foundation.

“The Foundation would like to indicate that when we declined to comment on the story it was precisely because we had no insight into the story, or what had motivated the tweets from Ms Mandela, if indeed they were from her.

The Foundation wishes to stress that it has no intention of requesting a meeting with Ms Mandela regarding the tweets.”

Madiba’s daughter caused a storm over the weekend, when she took to Twitter to criticise ‘land thieves’ and ‘Apartheid Apologists’. Zindzi Mandela’s official position as the South African Ambassador to Denmark added to the furore surrounding her salacious statements, with some colleagues calling for decorum.

Whilst I wine and dine here ..wondering how the world of shivering land thieves is doing #OurLand

Public opinion regarding Zindzi’s social media rant is, however, intensely divided. The ambassador has received an outpouring of support from members of the Economic Freedom Fighters (EFF), including that of party leader, Julius Malema. The ruling African National Congress (ANC) has, however, remained mum on Zindzi’s outburst.

Those defending Zindzi point to two primary exemptions. First, the fact that Zindzi was robbed of a stable family environment by the apartheid regime and its protracted imprisonment of both parents. This, her supporters say, is reason enough for her embitterment.

Other backers argue that Zindzi, despite her position as a public official, is entitled to her opinion – one which, supporters say, is echoed by the majority of disenfranchised South Africans.

Meeting with the Nelson Mandela Foundation

Will be back for the Msunery here #OnMyTsnCs. Miss all these trembling white cowards, shem. Botha, Potgieter, Thieving Rapist descendants of Van Riebeck, etc: how are you my babies? We shall gesels more Mr Skont and Ms Unus #OurLand

Still, her comments – whether made with intention or not – have been labelled by many as blatantly divisive, a point, which, by definition, stands in contention to the role of a diplomatic ambassador of goodwill.

“With her Twitter messages, Mandela displayed a rancorous attitude towards white residents in the country and in a very public arena, contributed to the division of local communities.

Her defence that she is entitled to a personal opinion, shows a complete lack of insight into her responsibility in her position as ambassador.”

While threats and petitions by AfriForum are unlikely to effectively remove Zindzi from her position, a meeting request by the Nelson Mandela Foundation could, potentially, result in a firm tongue-lashing and public apology.

This emanates from Madiba’s own commitment to an equal, non-racial society which placed forgiveness above elements of resentment and retaliation. The meeting between Zindzi and the Nelson Mandela Foundation is likely to centre on the discontinuity of a tolerant ethos, exemplified by the ambassador’s umbrage.