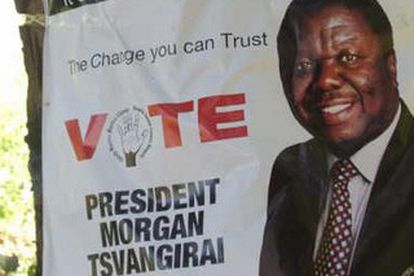 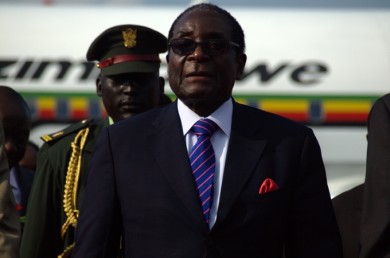 Zimbabwean politics have reached a fresh crisis: the Prime Minister Morgan Tsvangirai is threatening to boycott polls because Robert Mugabe has used his executive powers as President to bypass parliament and set the election date for 31 July.

Tsvangirai called the act ‘unconstitutional and unlawful’; he told journalists that ‘as prime minister I cannot and will not accept this’ – the person who is supposed to be the ‘chief defender and upholder’ of the constitution is now its ‘chief attacker and abuser.’

Tsvangirai said he would not accept a situation where ‘Zimbabweans would yet again be rail roaded and frog marched to another violent election’.

Mugabe hit back by saying that the constitution he previously agreed to had ‘outlived its usefulness’ and needed to be changed.

The short time to the election means that opposing parties will not have enough time to rally support and prepare for the polls. Tsvangirai has appealed to the constitutional court to overrule the decision because ‘Mugabe is deliberately precipitating a constitutional crisis.’

The PM also accused Mugabe of deliberately attempting ‘to stall the reform agenda in Zimbabwe’, without which ‘Zimbabwe’ is yet again heading to another… predatory and illegitimate election.’

The reforms were agreed during the 2008 power sharing agreement and included changes to the security and media sectors, which are still largely controlled by Zanu-PF.

Despite his apparent unease, Tsvangirai reassured Zimbabweans by encouraging them to ‘remain calm but vigilant in the face of this provocation and illegality. History has taught us that evil never triumphs and the way of truth will always triumph’.

Both parties seem to agree on one thing: the time is ripe in Zimbabwe for change. The BBC World Service spoke to a Zanu-PF spokesperson yesterday who said that Zimbabwean’s are ‘being held at ransom’ and only elections can help them move on. He accused the MDC of being in government for ‘four to five years without carrying out any reforms’.

When asked why the Zanu-PF party was so keen to rush the elections he said that the elections could not possibly be held off until August (as the MDC had requested) because ‘today you talk about three months, but then three months expire and they will then move on to say we need another three months. They will never be ready.’

Tsvangirai said that the situation in Zimbabwe was begging for change — ‘the people of Zimbabwe are suffering, businesses are shutting down and workers are under attack’ — but that a ‘fraudulent and illegitimate’ election would not do the trick. 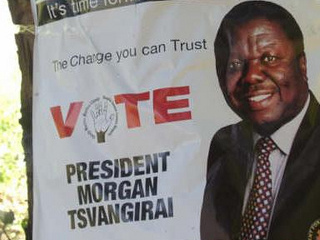 Tsvangirai is pinning his hopes on the SADC summit due to take place in Maputo on Saturday; ‘SADC has the responsibility of ensuring that they call the president to order’ he said in a statement.

Despite the fact that it was at a 2008 SADC conference that the MDC/Zanu-PF power sharing government was brought in, the University of Zimbabwe’s Fadzai Mahere told the BBC that the chances of the SADC intervening are extremely slim — ‘there is very little that SADC can do’ she said.

According to Mahere, ‘realistically speaking the MDC’s options are very limited’ because Mugabe’s actions are completely legal ‘under strict reading of the law’ — this means that Mugabe was perfectly within his rights to act as he did.

There are fears that Zimbabwe will erupt into chaos during the elections, as was the case in 2008 where violence and intimidation on behalf of Mugabe’s Zanu-PF party was widespread.

The organisation Free and Fair Zimbabwe Elections said that the election would be fiercely contested because ‘it is in the interest of all parties that the process is clean and the result is acceptable and sustainable.’