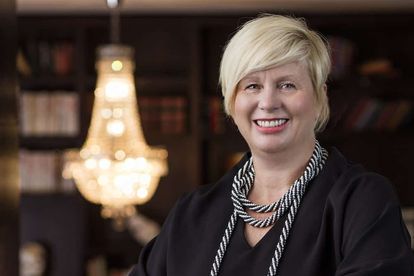 Managing director of A24 Group, a group of medical staffing agencies as well as managing director of Benguela Cove, wine producers, including Benguela Cove On Main restaurant and Lakeside Lodge Hotel as well as Mannings Heath Golf Club and Wine Estate in the UK, Streeter has come a very long way since her days in homeless accommodation in England.

After one of Streeter’s children got very ill, Streeter and her four children moved from South Africa (where she had moved as a scholar) to the UK to be near to her mother. Her mother’s house was too small for the family of five so she and her children moved to homeless accommodation nearby.

Her realisation that her children deserved more than she could offer them was ultimately what encouraged Streeter to make use of a corner of a friend’s husband’s office to make calls and to get a business up and running. The company began as a general recruitment agency until Streeter and her mother, who alternated daily childcare duties, noticed a gap in the nursing market. This was the beginning of her company, Ambition, now A24, which supplies nursing personnel 24-hours a day and operates out of Belville in Cape Town.

Streeter believes that South Africa holds a great deal of promise to the entrepreneur and to female company owners. Her pride in her roles as business owner reflects the pride she feels about how many powerful women are taking a stand and making a difference in the world today.

Although Streeter never finished her schooling, she does not advocate leaving school early. She believes that in today’s world, education is the key to unlocking doors that cannot be opened without formal education.

Despite her many years spent out of South Africa, Streeter now bases herself in Cape Town. When asked what prompted her move back to South Africa in 2004 and what South Africa has that the UK doesn’t, she says, “Fantastic staff!” Streeter believes that South Africans are some of the hardest working people, they have a strong work ethic and are customer service orientated.

In 2006, Streeter was awarded her OBE for ‘services to enterprise’ – quite an achievement considering where she was, just ten years prior. Despite her OBE and several other awards and accolades, Streeter believes she constantly needs to keep pushing, keep trying and keep striving to do more. “There is always the fear of losing everything.”