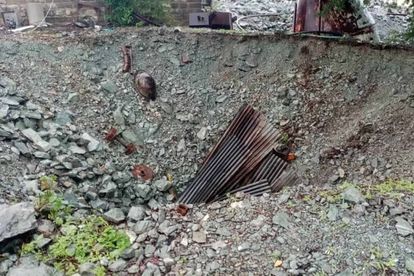 At least 40 informal gold miners are trapped underground after a shaft at the disused Ran Mine in Bindura, Zimbabwe collapsed on Wednesday, 26 November 2020.

Zimbabwe mine collapse: What we know

Wellington Takavarasha, head of the Zimbabwe Miners Federation, told the press that six miners have since been pulled from the rubble; two of the miners are receiving medical attention.

“A deep disused mine trench has caved in, trapping several illegal gold miners. Exact number not yet established. So far six miners have been rescued. Details to follow but numbers could be circa 30”.

This follows after six miners died at the Matshetshe Mine in Esigodini earlier this month. Five miners died back in September when a Chegutu mine shaft collapsed.

Accidents are also fairly common in decommissioned mines, especially during rain season. The Zimbabwean government came under fire for failure to rescue the trapped miners in time on both occasions.

Status of the rescue mission

NewZimbabwe contacted the mine owner for comment, who said she was “not at liberty to comment because she had not yet been given permission to do so”.

Peter Mahlatini, Umzingwane District Development coordinator, also declined to comment, other than confirming a report from the local police had been received.

According to Mahlatini, all queries should be directed to provincial police. NewZimbabwe reports that the Matabeleland South Police spokesperson Chief Inspector Philisani Ndebele “was not reachable”.

#MINEDISASTER Between 20 and 40 illegal miners are trapped at Ran Mine in Bindura after their disused mine shaft collapsed following heavy rains. The government said 5 miners were rescued yesterday. This flooded pit is only way in, and out pic.twitter.com/a2jLNdSNly

According to the International Crisis Group, the gold mining industry provides work for approximately 10% of Zimbabwe’s population. However, violence is on the increase in the industry.

Unemployment is rife and affects approximately 90% of the population. In order to survive, many turn to illegal mining and work in disused mines, or enter operational mines illegally.