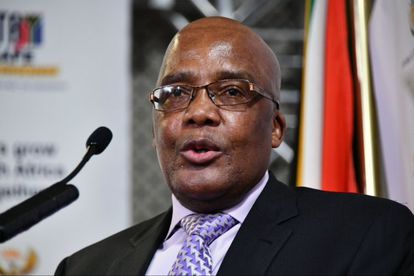 The Department of Home Affairs has decided to extend the Zimbabwe Exemption Permit (ZEP). This means that those that were meant to leave South Africa by December can stay a bit longer.

Zimbabweans were dreading spending Christmas in their home country as the Home Affairs Department was to put an end to the exemption permits.

This meant that those from Zimbabwe who were in South Africa on this permit had to apply for other visas to allow them to remain in the country.

At least 20 000 Zimbabwe nationals who are in the country for economic reasons would be affected.

But Zimbabweans can breathe a sigh of relief – at least for now. Home Affairs Minister Aaron Motsoaledi has extended this permit by another six months, said spokesperson Siya Qoza.

“The Minister has carefully considered the request and decided to extend the period by a further six months, that is, 31 December 2022 to 30 June 2023.”

This decision comes after a whole day meeting on Thursday by the Departmental Advisory Committee (DAC). The DAC, led by Dr Cassius Lubisi, was appointed to assess the visa application lodged by affected Zimbabwe nationals, said Qoza.

The DAC recommended that Motsoaledi extend the period during which the affected Zimambwe nationals will have to apply for visas or waivers.

But another factor for this extension is that few Zimbabwean nationals have so far applied for such visas and waivers, said Qoza.

“The Minister is committed to affording the affected Zimbabwean nationals another opportunity to apply for one or other visas and/or waivers provided for in the Immigration Act. The Directive containing the decision of the Minister will be communicated through diplomatic channels to the Zimbabwean Ambassador in South Africa.”

Affected Zimbabwean nationals are urged to use this extended period as an opportunity and not wait until the last minute to apply.

“There will be no further extension granted by the Minister,” said Qoza.