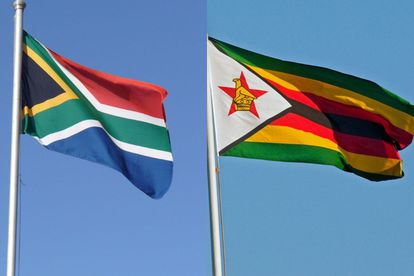 The Zimbabwean Immigration Federation wants to stop the scrapping of exemption permits that allow many of its citizens to reside in South Africa. Photo: q3inq8 and Ian Usher / Flickr

The Zimbabwean Immigration Federation wants to stop the scrapping of exemption permits that allow many of its citizens to reside in South Africa. Photo: q3inq8 and Ian Usher / Flickr

The Zimbabwean Immigration Federation has applied to the Pretoria High Court to challenge the scrapping of Zimbabwean Exemption Permits (ZEPs).

The Federation represents over 1 000 Zimbabwean nationals with ZEPs who have been living legally in South Africa for over a decade. These ZEP holders now face deportation at the end of the year.

GroundUp reports that Minister of Home Affairs Aaron Motsoaledi’s decision for the deportation will impact around 182 000 Zimbabweans. The minister’s decision was approved by Cabinet.

The Zimbabwean Immigration Federation wants an interdict that restrains the government respondents from detaining or deporting any person who holds a ZEP. The Director of the Federation Vindiren Magadzire revealed that the exemption system has been in place since 2009.

“The exemption system substantially reduced the administrative and financial pressure on South Africa’s asylum and refugee management system and curbed the ineffective deportation of Zimbabwean migrants.

“These outcomes align with the preamble of the Immigration Act which requires that immigration control is performed within the highest applicable standards of human rights protection and that a human rights-based culture of enforcement is promoted,”

Why are the ZEP holders in SA?

Last year, Minister Motsoaledi made the decision to not renew the ZEPs and gave those who held a permit a grace period of 12 months. This grace period allowed them to either leave South Africa or apply for ‘mainstream visas’.

According to Magadzire, the ZEPs allowed Zimbabwean nationals to live, study, work, purchase property and join pension funds in Mzansi. He further explained that a lot of the Zimbabweans who are in jeopardy of being deported fled their country due to political violence, torture, abductions and economic factors.

Some of the people from Zimbabwe are also part of the LGBTQIA+ community.

“South Africa has been a safe haven for us. South Africa is bound, under international law, to avoid forcing any such person to return to their country. Some are also part of the LGBTQI+ community and are likely to face discrimination and prosecution in Zimbabwe,”