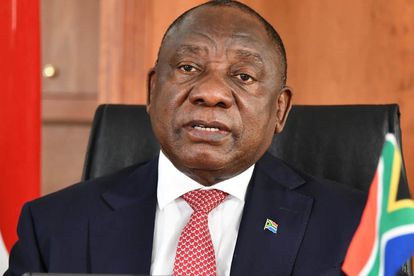 President Cyril Ramaphosa, after being lambasted for initially withholding the controversial Zimbabwe flight report from Minister of Defence and Military Veterans Nosiviwe Mapisa-Nqakula, has officially made it public on Wednesday 30 September.

The report comes after Mapisa-Nqakula allowed a delegation of African National Congress (ANC) officials to travel on an air-force jet to meet with their counterparts in Harare, Zimbabwe.

The presidency issued a statement on Wednesday saying that the publication of the minister’s initial and supplementary reports to Ramaphosa is informed by his commitment to transparency.

According to the report, Mapisa-Nqakula visited Zimbabwe on official business on 8 September 2020 and travelled on a South African Air Force (SAAF) aircraft which also conveyed senior leaders of the ANC.

After receiving the report, Ramaphosa took the following decisions;

The President took these decisions after his consideration of Mapisa-Nqakula’s initial report and a supplementary report that the president had directed the minister to provide on the circumstances that led to the ANC delegation travelling on a South African Air Force plane to Zimbabwe.

“While the minister was on an official trip for which the President had given permission and for which she was entitled to use a SAAF aircraft, the President found that it was an error of judgment to use the plane to convey a political party delegation,” the presidency said.

In the report, Mapisa-Nqakula calculated what the trip to Zimbabwe would cost the ANC delegation. She came to an amount of R105 545,46 which the Democratic Alliance (DA) has blasted her for.

DA Shadow Minister of Defence Kobus Marais said R105 545,46 is not nearly enough for the brazen abuse of power and rare State resources.

“The DA last week reached out to two independent companies that are experts in the field of private international travel to request the cost of chartering an 18-seater private jet from Pretoria or Johannesburg to Harare, Zimbabwe. The amount, only for the flight itself, came to approximately R260 000. It did not even include payments for landing rights, parking fees or on-board catering. Meaning that the figure is much higher,” said Marais.

The DA maintains that the ANC should at least repay R260 000.

“The Minister’s audacity to think that South Africans will accept this R100 000 price tag is embarrassing. And President Cyril Ramaphosa should equally hang his head in shame for accepting Minister Mapisa-Nqakula’s pathetic report,” added Marais.