The International Monetary Fund announced last week that it would work with Zimbabwe for the first time in more than a decade – the first key step towards making the country eligible for external borrowing – in a move set to fast track the country”s progress.

IMF managing director Christine Lagarde approved a staff-monitored programme that will oversee Zimbabwe authorities’ economic reforms this year. The programme,  if successful, would “be an important stepping stone toward helping Zimbabwe re-engage with the international community”, according to Lagarde. In a statement, Lagarde said that while the IMF’s agreement will not involve financial assistance or mean an endorsement by the IMF executive board, the programme would focus on protecting infrastructure investment and priority social spending, strengthening public financial management and improving transparency on diamond revenue as well as restructuring the central bank. 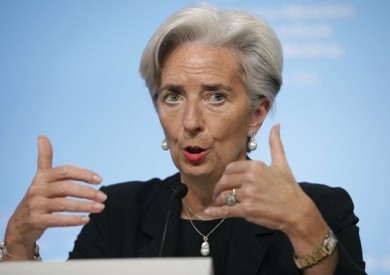 Initially, the IMF’s restrictions were imposed when Zimbabwe fell behind in its repayments to the Fund – the debt of loan and interest payments owed to the Fund totaling $125.3 million as of May 31 this year. According to the Fund, Zimbabwe’s entire external debt totaled $12.5 billion in 2012, which is a heavy 116.2 percent of the country’s gross domestic product – something that has prevented it from tapping any external financing. However, in October last year the IMF began to relax its restrictions on providing consulting support to the country as it was seen to be making constitutional reforms and showed improvement in economic policy co-operation with the Fund.

The announcement came just as pre-election tensions in Zimbabwe have reached an all-time high, with Prime Minister Morgan Tsvangirai vowing to fight a decision by President Robert Mugabe to hold elections on July 31 – a date which has been fiercely contested despite complying with a constitutional court order to hold elections by the end of July.

Tsvangirai has vowed to veto any election date that comes before democratic reforms are put into place that will ensure fair elections – as the world holds its breath in anticipation and fear that Mugabe’s Zanu-PF party may, once again, attempt to manipulate the vote. If that were to be the case, any efforts that the IMF make to help the country progress will ultimately fall on deaf ears.