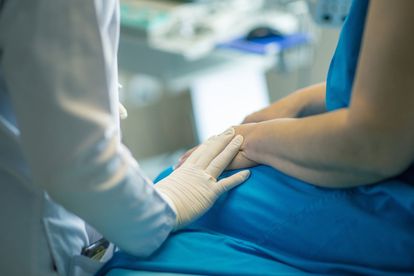 News of the death of 15-year-old Zenizole Vena has shocked the country. The teenager who was held hostage and gang-raped managed to escape and made her way to a clinic where she was reportedly turned away and informed to go to a police station.

Vena died at the police station, and now the question of whether the clinic followed proper legal processes is one that many want the answer to.

The National Policy Guidelines for Victims of Sexual Offences

The National Policy Guidelines for Victims of Sexual Offences provides quite a detailed explanation for the Department of Health.

While health practitioners are legally bound to report these cases of abuse on children, there’s no mention of turning victims away to report the incident themselves at a police station.

“A health practitioner is legally bound to report any case of physical, psychological or sexual abuse on children which comes to their attention (section 42 – Child Care Act),” the Policy states.

What is an accredited health care practitioner?

The policy speaks alot about Accredited Health Care Practitioners (AHCP), but who are they? AHCPs undergo training followed by continued in-service training. They are proved to have the necessary skills and knowledge by means of formal and/or informal training and experience.

A set of special skills are required to provide the proper health care and forensic examinations of rape/sexual assault survivors. These skills are reportedly only available at certain centres at present.

While the policy states that it is unwise to compel all practitioners to undertake forensic service functions, non-accredited health care practitioners are NOT prohibited from seeing victims of sexual offences.

They are advised to keep comprehensive patient records to give as relevant evidence in court.

What are the steps for health practitioners to take with a sexual assault victim?

Section 3 of the policy states that services should be available on a 24-hour basis with minimal delays in the victim/survivor being seen for the following reasons:

What happens if a victim goes to a health facility immediately after the assault?

The policy provides a number of reasons why victims of sexual offences may present at a health facility immediately after the assault. The reasons are as follows:

“When a person presents at a health care facility alleging that they have been raped or sexually assaulted, the allegation should be assumed to be true and the victim should be allowed to feel confident that they believed and will be treated with dignity,” reads the protocol for the management of victim/survivor.

What happens if a sexual offence is reported to the police first?

If a sexual assault/rape victim presents themself at a police station officers are advised to attend as far as possible to any medical injuries.

“As medical evidence is crucial, the medical examination should take priority over the taking of the statement,” reads the National Policy Guidelines for Victims of Sexual Offences for the SAPS.