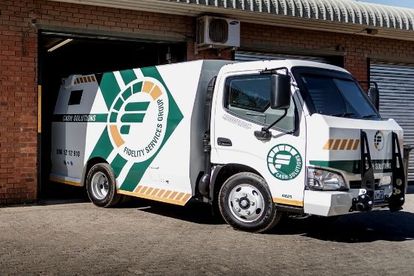 A woman has been sentenced for stealing R2 million at Fidelity cash depot. Image via Twitter/@crimeinsa

A woman has been sentenced for stealing R2 million at Fidelity cash depot. Image via Twitter/@crimeinsa

The Newcastle Regional Court in KwaZulu-Natal (KZN) has convicted and sentenced Zanele Hlophe to six years direct imprisonment for theft after she stole R2 million cash from Fidelity cash depot in Newcastle in May 2021.

According to police, 33-year-old Hlophe reportedly fled the scene in her private vehicle and she was intercepted by Hawks members as well as Newcastle K9 unit at Mooi River toll plaza a few hours later.

Spokesperson, Captain Simphiwe Mhlongo said Hlophe was questioned and the stolen cash was recovered from the truck driver she gave it to.

“Hlophe was arrested and charged with theft. She appeared in court several times until she was sentenced on Thursday, 4 August.”

In a separate incident, a police officer was arrested recently for allegedly soliciting money from a drug dealer in Umbilo, Durban also in KZN.

The police officer was arrested along two others during an operation intended to stabilise crime in the Umbilo area.

According to KZN police, whilst the team involved in the operation was busy on Noble Road in Umbilo, they noticed something suspicious going on in between occupants in a police vehicle from Durban Central and a civilian male outside a block of flats on Noble Road.

The team reportedly continued with their observation on the said activity. An unknown male was seen leaning through the window into  the front passenger seat of the police vehicle, handing something over to the passenger.