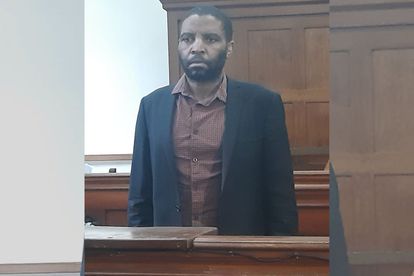 When Zandile Mafe first appeared in the Cape Town Magistrate’s Court on 4 January he was accused of contravening Explosives Act, arson, damaging essential infrastructure, housebreaking with intent to steal and more.

The charge sheet was reformulated after the lead prosecutor, Advocate Mervyn Menigo, studied the docket again and spoke to the investigating officer, Colonel Christian Theron.

The State alleges that Mafe confessed to setting the parliament on fire to Theron shortly after his arrest. He also allegedly pointed out exactly how he breached the building and even showed them where he purchased the petrol used to fuel the fire.

Menigo has said multiple times that Mafe’s alleged confession and the demands he reportedly made painted the picture that led to the terrorism charge.

Mafe’s defence, led by Dali Mpofu, has rubbished the so-called confession and said it is not worth the paper it is written on.

During the accused’s first bail appeal application on 25 April, Mpofu revealed that Mafe allegedly made the confession after he had been preliminarily diagnosed with paranoid schizophrenia by a doctor.

According to the indictment, Menigo served Mafe with in the Cape Town Magistrate’s Court on Thursday, 9 June, the State alleges that Mafe is guilty of three crimes:

Count 2 of the indictment alleges that Mafe engaged in terrorist activity by setting fire to the Parliament of South Africa from 1 to 2 January 2022.

The State alleges that the destruction and substantial damage to the Old and New Assembly buildings of Parliament were intended to “intimidate, induce or cause feelings of insecurity” among the public or a segment of the public – the President and/or his cabinet ministers.

The State also alleges that the parliament fire was possibly started to spread fear among the population and intimidate the president and government to give in to Mafe’s demands, which reportedly were:

The State says that Mafe threatened that if his demands are not met by 8 January there would be a “second great storm approaching South Africa.”

The parliament fire was also allegedly meant to disrupt the 2022 State of the Nation Address (SONA).

Although the alleged confession has been routinely denied by Mafe’s defence, the accused mentioned some of the demands from the stand during his bail application in January.

He said he wanted Walus released because he’s been in custody for 27 years just like Nelson Mandela, he also said in court that the State of Nation Address should be cancelled this year.

“The act of setting fire to buildings of the Parliament of South Africa was thus committed, directly or indirectly, in whole and in part, to advance the accused’s individual political and/or ideological and/or philosophical motives, objectives, causes or undertakings,’ said the State.

Mafe’s next court appearance is expected in the Western Cape High Court on 12 August for a pre-trial hearing.