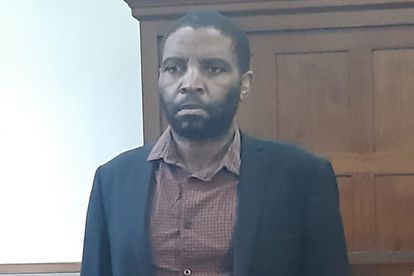 Zandile Mafe possibly appeared in the Cape Town Magistrate’s Court for the last time on Thursday, 9 June. The State finally submitted its outstanding reports and served the man accused of terrorism related to the burning of Parliament with an indictment.

Zandile Mafe’s next court appearance is expected in the Western Cape High Court for a pre-trial conference on 12 August 2022.

Senior State Advocate Mervyn Menigo told the court that the outstanding parliament damage and arson reports have been received as well as an authorisation certificate from the Office of the National Director of Public Prosecutions, which is needed to charge an accused person with terrorism.

Menigo then served Mafe with an indictment and summary facts. Now that he’s been served, the accused can plead to the charges he faces.

“The indictment, lists charges of housebreaking with intent to commit arson and arson, terrorism and theft. It alleges that between 1 and 2 January 2022, Mafe engaged in terrorist activity by setting fire to Parliament and destroying the Old and New Assembly Buildings of Parliament,” said National Prosecuting Authority (NPA) spokesperson Eric Ntabazalila.

The defence told the court that the State had promised to furnish them with the documents and that they would consult with their client.

The defence was not opposed to the pre-trial date of 12 August.

Mafe’s legal battles have seen him head to the High Court on multiple occasions. His defence scored a victory in the higher court when Judge President John Hlophe set aside his unlawful referral to Valkeberg Psychiatric Hospital in January.

Zandile Mafe’s defence also appealed the refusal of his bail in the High Court twice. The court reached a split decision the first time around. A third judge was appointed when the appeal was reheard in May.

A split decision was reached again but the application was dismissed because two of the three judges ruled against the appellant.