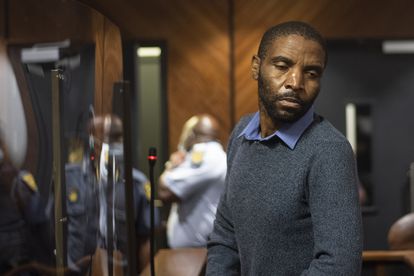 The bail application of alleged Parliament arsonist Zandile Christmas Mafe was denied by the Cape Town Regional Court on Friday, 4 February. However, the fight seems to be far from over as his defence indicated they will appeal the decision and the State is determined to oppose.

On the 29th, Mafe’s defence listed 12 exceptional circumstances that would prove his release on bail was in the interest of justice. These included his personal circumstances – unemployment and poverty – and his unlawful referral to Valkenberg and his intention to sue the State for wrongful arrest.

The State said the reasons were thumb sucked and said that while personal circumstances were dire they are also “unfortunately common.”

Magistrate Adams agreed with the State and felt that the reasons provided by the defence were not adequate.

“The court having had regard to the oral evidence presented by the applicant, the contents of the affidavits and other supplementary documents, submissions made in the heads of argument of the respective parties and augmented by oral addresses finds that the applicant did not satisfy the court that exceptional circumstances exist which in the interest of justice permits his release. The application to be released on bail is refused,” wrote Adams in her judgement.

When Mafe took to the witness stand on 29 January, he made statements – about the release of Janusz Walus, the cancellation of SONA 2022 and a R1500 grant for the unemployed.

Later, the State would read out a confession allegedly made by the accused, which contained the same statements.

Adams said the similarity between the statements in court and the alleged confession was alarming because in the confession Mafe allegedly threatened to commit more crimes against the State until his demands were met.

In the alleged confession, Mafe demanded Walus’s release on 11 February without offering a reason.

In court, he said Walus must be released on that date because he has already spent 27 years in prison, like former President Nelson Mandela, who was released on the 11th in 1990.

The Acting Director of Public Prosecutions in the Western Cape, Advocate Nicolette Bell, was pleased with the outcome on Friday and said it was the first step to ensuring the State gets justice.

Bell said the State believes it has a strong case against the accused and is confident of a successful prosecution.

Mafe’s defence told the media, outside court, that they will appeal “and even go to the Constitutional Court to ensure their client was released on bail,” according to NPA spokesperson Eric Ntabazalila.

“Now in my office, we will quickly draft correspondence, to transcribe the recording on an urgent basis and we will approach the High Court and appeal the matter on an urgent basis. This is our instruction from Mr Mafe,’ said Godla.

The State intends to oppose any bail applications.

Mafe is expected back in court on Friday, 11 February as the case was postponed for further investigation.