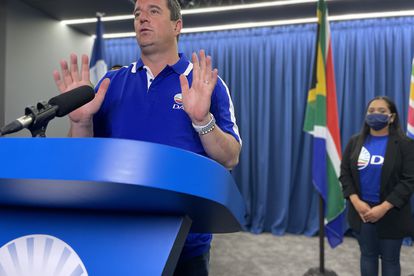 DA leader John Steenhuisen has taken the opportunity to blast the ANC’s ‘poor track record in government’ on Wednesday, during his speech on Youth Day. The opposition figurehead came armed to the teeth with flattering figures, to demonstrate his view that the DA-run Western Cape is ‘the most proactive province in the country’.

Steenhuisen essentially branded the ANC as the ‘party of talk’, conversely positioning the DA as ‘the party of action’. Youth unemployment remains shockingly high in South Africa – but there’s a sharp dip in these rates when you look at the only provincial government that’s not ANC-controlled. The 45-year-old was happy to compare track records.

“Talk is cheap. Compare the DA’s record to that of the ANC on any issue, from service delivery to education, and from job creation to community safety. Ask yourself which of these two governments would be most likely to help you fulfill your dreams and live a meaningful life. Choose a government that doesn’t just talk about things, but gets them done.”

‘It is talk vs action’, DA leader claims

While in full flow, a combative John Steenhuisen said that South Africans must carefully consider what a party can DO, rather than what they can SAY. Pointing to school drop-out rates and job statistics, the DA leader prioritised the needs of youngsters on Youth Day – and he aims to cut the local unemployment rate even further.

“Look at what a governing party does, and not simply what it says. If we’re talking youth opportunities, perhaps the most important indicator of all is the employment rate. And four times a year, when these numbers are released by Stats SA, we are reminded that no other province comes close to the DA-run Western Cape when it comes to jobs.”

“The expanded unemployment rate in the Western Cape is a full 17.5 percentage points lower than the average for the other eight ANC-run provinces. We have the lowest school drop-out rate in the country. We continued to feed hungry school children throughout the lockdown. But where the ANC governs, the programme stops.” | John Steenhuisen

We need to get the unemployment rate all the way down to single figures. But at least DA governments are in the fight against unemployment. ANC governments have given up this fight a long time ago. – @jsteenhuisen #YouthDay