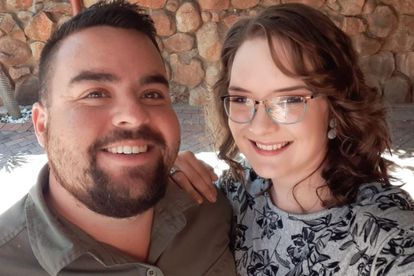 Family DEMANDS answers from Cele after a young father was shot and killed on N4 Photo: Facebook

Family DEMANDS answers from Cele after a young father was shot and killed on N4 Photo: Facebook

A young father from Brits was shot and killed in front of his wife and baby on the N4 when they had to pull over on the highway with a tyre puncture.

THE YOUNG FATHER WAS OVERPOWERED BY THREE ARMED MEN

Juandre Kidson (25) from Brits was shot in the head and killed, while his wife Johanette was shot in her hand on the Bakwena N4 on Saturday night.

The couple and their nine-month-old baby were driving towards Brits in their Hyundai sedan around 20:00 when they drove over rocks near the R512/Randburg exit.

According to police spokesperson Captain Aafje Botma, Juandre stopped to replace a punctured tyre and while he was busy, three men approached.

HIS WIFE WAS SHOT AND INJURED IN THE HAND DURING ROBBERY

“The three men, armed with firearms, overpowered the victim and shot him in the head and his wife in the hand. They then robbed the man of his Nokia cellular phone,” Botma said.

The baby was not hurt during the incident.

Juandre was declared dead on the scene while his wife and baby were taken to a nearby hospital for medical treatment.

On Monday afternoon, she furthermore said no arrests have yet been made.

Motorists were warned to be extra vigilant as incidents of road spikes on public roads are increasing earlier this year.

MEC Faith Mazibuko said criminals place spikes on the road during the nighttime, with the intention of robbing victims when they have to conduct an emergency stop due to burst tyres.

“When the vehicle is approximately 400-500 meters away, criminals throw the spikes in the road.

“Criminals also place the spikes in black plastic bags or cardboard boxes, and it is therefore not easy to recognize immediately.”

Bolhuis said criminals also use concrete lintels and place them right across the road.

“It is almost impossible for the driver to see this as it is too far away and too dark.”

He said there are usually two groups involved in this crime.

“The spiking group and the stopper group or the robbers.
The second group waits for about 50 – 150m away from the place where the spiking takes place.”

Bolhuis warned that criminals also hang rocks and bricks at windscreen height from bridges to cause vehicles to stop before robbing them.

He suggested that motorists avoid driving alone at night.

“Ensure that your cellphone is charged to its maximum and if possible, share your live location with a family member or friend.”

Bolhuis added that motorists should avoid roads that are secluded and not lit as well as highways in and around the city at night.

“Never drive over a plastic bag or a cardboard box in the road. Drive approximately 100 – 200 meters behind another car in the same lane.

“Travel at a reasonable speed – that will allow you to swerve out of the way and avoid the spikes.”

He urged motorists to stay calm should happen that you do drive over the spikes.

“Stay calm and do not stop. Continue driving but reduce speed if need be. Do not panic if you hear the metal of your car’s rims or even see sparks.”

According to Bolhuis, it is less dangerous to proceed at 40km/hour than it is to stop.

WHERE ARE THE HOT SPOTS?

“Further down the road, you might be able to take an off-ramp, stop at a tollgate, or a garage where you will be able to make an emergency call or ask for help.”

The following routes have been identified as hotspots for such acts: