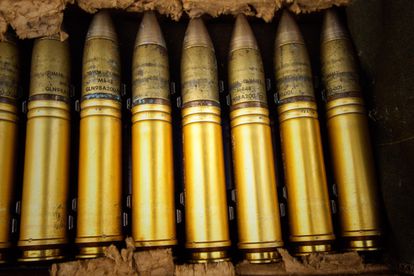 Xolela Masebeni was shot dead on Saturday, 26 February while he was with a group of friends. Images: Pexels

Xolela Masebeni was shot dead on Saturday, 26 February while he was with a group of friends. Images: Pexels

The National Prosecuting Authority has confirmed that the case against ABSA bank specialist engineer Xolela Masebeni (30) has been withdrawn after a death certificate was presented in the Palm Ridge Specialised Commercial Crime Court on Monday.

Masebeni was allegedly gunned down two weeks ago while sitting at home with friends.

According to the NPA, Masebeni’s girlfriend, Athembile Mpani (20), together with Gershom Matomane (29), who was added to the charge sheet on Monday are the remaining accused in the matter.

The two are facing charges of fraud and money laundering, following allegations of defrauding ABSA Bank R103 million between September to December 2021.

It is alleged that a sum of R59 million was deposited into Matomane’s bank account.

He is currently out on R30 000 bail granted by the Bellville Magistrates’ Court for the case before the Palm Ridge SCCC.

NPA spokesperson, Phindi Mjonondwane said Matomane has a pending case in Bellville, for allegedly defrauding Capitec Bank, together with five other persons, of money to the tune of R3,4 million.

Mjonondwane added that the alleged fraudulent transactions were uncovered by ABSA’s Forensic Division, and they reported the matter to the law enforcement authorities. Their investigation alleges that Masebeni accessed a Meridian system to debit the corporate business account.

“The State has managed to recover R66 million so far and is in the process of seizing three vehicles that were allegedly purchased using the defrauded money.”

The case was postponed to 12 May 2022, for further investigations and more arrests are imminent.