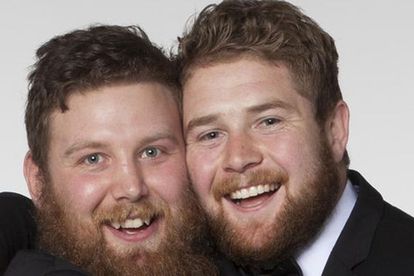 Spending your honeymoon in London is a dream come true for many newly-wed couples. Some would even call it the trip of a lifetime, especially when travelling from countries as far away as New Zealand. Images of love and romance are often conjured up in travel brochures, glorifying a stroll down Regent Street, parading past Buckingham Palace or sipping champagne outside Tower Bridge. However, in the case of Travis McIntosh and Matt McCormick’s nuptials, a different story about the travel bug emerges.

The “couple” from Dunedin got married last week despite not being a couple at all: the two best mates won an all-expenses-paid trip to the 2015 Rugby World Cup in London in a local radio station competition – on the sole condition that they would have to marry first.

The publicity stunt attracted worldwide attention as well as widespread condemnation by gay rights’ groups, saying that the wedding makes fun of a fundamental right that gays and lesbian couples have spent decades fighting for. Joseph Habgood, co-chairman of the LegaliseLove Aotearoa Wellington association, said that the competition insulted the legitimacy of all same-sex unions.

“The point of this competition is that men marrying each other is still something they think is worth having a laugh at.”

But McIntosh and McCormick decided to through with their plans anyway despite this sort of adversity piling up against them. The two celebrated their “union” in front of over 60 friends and family members, who – they say – were all incredibly supportive.

While acknowledging that they could understand the upset and opposition felt by gay rights’ advocates, Travis McIntosh said that he had nonetheless been brimming with “nervous excitement” ahead of the ceremony, adding that he had known his best friend since they were both six years old, and that they fully knew what they were getting into.

“It’s just seeing how far two good mates would go to win a trip to the Rugby World Cup. We are not here to insult anyone. We are here to do our own thing and travel our own path.”

And travel they will – quite literally, it would seem. Being chosen out of more than 200 entrants, the two eager redheads certainly put a new twist on the term “bromance”. The Edge Breakfast Show also defended their original decision to run the radio competition, saying that no matter how you looked at it, “it’s not going to be your traditional wedding.”

Same-sex marriage has only been legal in NZ for 12 months, which The Edge Breakfast Show has capitalised on previously by marrying a real gay couple on air last year. The show has become somewhat infamous for producing outlandish weddings over the years, creating headlines across New Zealand for pushing the boundaries of concepts pertaining to marriage. But this is the first time that the international press has noticed these elaborate radio stunts with Travis McIntosh and Matt McCormick winning their same-sex wedding competition to travel to London next year.

While McIntosh and McCormick may be proud to follow in that tradition, it remains entirely uncertain how the uber-macho All Blacks may feel about this unprecedented level of dedication. However, we can only assume that the best mates opted to choose the Haka as their wedding dance.