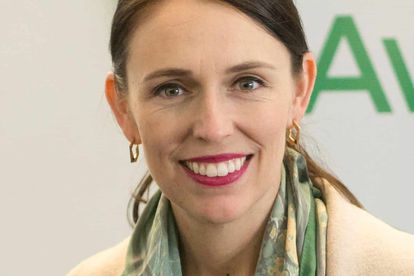 Young, vibey, down-to-earth mom takes on the virus and wins. Takes on terrorism and wins. Her people love her. The world loves her. What’s not to like?

Welcome to the latest children’s bedtime fairy tale. No, not quite. It’s the life of Jacinda Ardern, re-elected on Saturday as Zealand’s Prime Minister in a landslide victory for her moderately left-wing Labour Party.

Her strong victory at the polls has given her the strongest mandate that a Kiwi prime minister has had in decades and will enable Labour to go it alone in government, without a minority party coalition, if it so wishes. Something that also hasn’t happened in a long time in NZ politics.

Yet only three years ago Ardern was a last-minute choice to lead her party, let alone the country. When she did become PM at the age of 37 (she is now 40), she became the world’s youngest female head of government.

And when she gave birth to her daughter, Neve Te Aroha, in June 2018, she became only the world’s second elected head of government to give birth while in office – the first being Benazir Bhutto of Pakistan.

It’s still sounding a bit like a fairy take isn’t it? But the tale only gets better.

When the near-unimaginable happened in peaceful New Zealand and a lone-wolf right-wing terrorist gunned down 100 people in a Christchurch mosque – leaving 51 of them dead – Ardern earned high praise around the world for her sensitive handling of the situation.

She also quickly moved to amend the country’s firearm laws and close the loopholes that had been exposed by the terror incident.

Then COVID-19 struck the country, along with everywhere else. While leaders around the world floundered and governments dithered, Ardern led New Zealand in what sometimes seemed a drastic’ go hard and go early’ strategy to get the virus in check. It worked.

The virus looks to be beaten

“The remote Pacific Island nation of five million people, which has tallied only 25 coronavirus deaths, now looks and feels mostly normal: A recent rugby match between Australia and New Zealand in Wellington, the capital, drew 30 000 fans,” the New York Times notes in an article published on Saturday.

Ardern’s first term as PM wasn’t completely successful, it must be said.

“She failed to deliver on some of her key pledges. She ditched the KiwiBuild affordable housing scheme (fewer than 500 homes were built out of an original 100 000 pledged), scrapped a proposed capital gains tax and made minimal headway on child poverty,” the London-based Guardian newspaper pointed out.

But not everyone is a big fan

And, as always in politics, she certainly has her detractors.

“Haters gonna hate; and a seething, bitter dislike is felt by many ordinary Kiwis towards Ardern. They see her as a phoney and a lightweight filled with excruciating talk about kindness; and besides that she is a second-rate politician who will hold back New Zealand’s chances of a post-Covid economic recovery,” another Guardian article points out.

But the reality is that, right now, Ardern has again been chosen to drive the bus and the haters are merely filling up some of the rows in the back.

But today Jacinda Ardern is wearing the glass slipper and the glittering ball gown. And many people who love fairy tales will be hoping for another happy ending.