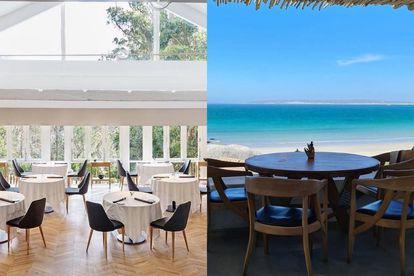 La Colombe (left) and Wolfgat (right) are ranked among the 100 best restaurants in the world. Photos: Instagram /@lacolombect /@wolfgat

La Colombe (left) and Wolfgat (right) are ranked among the 100 best restaurants in the world. Photos: Instagram /@lacolombect /@wolfgat

Two restaurants in the Western Cape have been ranked as one of the world’s best by the prestigious ‘World’s 50 Best Restaurants’ list.

WESTERN CAPE HOME TO TWO OF THE BEST RESTAURANTS

La Colombe, in Cape Town, and Wolfgat, in Paternoster along the West Coast, were lauded by the list’s organisers when they released the rankings of the 51st to 100th best restaurants in the world, on Tuesday, 5 July.

Chef Kobus van der Merwe’s restaurant, Wolfgat, was ranked 90th on the list. It serves a seven-course menu based on local indigenous ingredients in dishes that pay homage to the landscape around it.

“With only 20 diners per sitting, the restaurant has an intimate atmosphere and, more importantly, maintains sustainability by keeping it small,” wrote the list’s organisers.

La Colombe nearly cracked the top 50 – it placed 56th. The restaurant’s “treehouse-like setting” is described as a minimalist feel that allows James Gaag’s “theatrical dishes” to take centre stage. The restaurant was ranked 81st on the previous year’s list.

“Smoked tomato, aubergine and pine nut, and petit poussin with crayfish and miso corn are stalwarts on the Chef’s Experience multi-course menu,” said the list.

Gillion Bosman, the Western Cape Democratic Alliance’s (DA) spokesperson for Finance, Economic Opportunities and Tourism, congratulated the restaurants for claiming a place among the best in the world.

“It is no surprise that the only restaurants from South Africa to make the list are based in the Western Cape, as our province is a bastion of culture and recreation.

“The fact that Wolfgat made the list despite being based in a small town on the West Coast, further underscores the variety tourist attractions that exist in the Western Cape,” said Bosman.