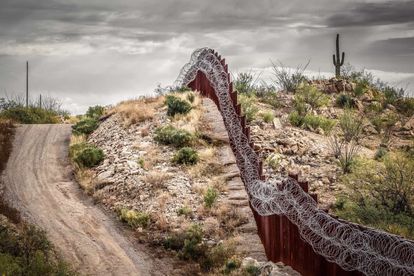 The 2018 directive – suspended after roughly six weeks following massive public backlash – stepped up prosecutions against people caught illegally entering the US and led to the separation of thousands of families.

As a candidate Joe Biden promised a “fair and humane” immigration policy, formally rescinding the former president’s ruling when he took office in January.

A task force established by Biden in February has “reunified the 100th family separated under the prior administration’s cruel policy,” Secretary of Homeland Security Alejandro Mayorkas said Thursday.

In a Twitter thread he said that the reunified families would be granted humanitarian parole, allowing them to live and work in the United States.

Mayorkas added that the task force, working with partners, had identified and registered a further 345 children still separated from their families.

Almost 4,000 children were separated from their families at the Mexican border during Trump’s presidency, according to the Department of Homeland Security.

But court documents put the number of minors separated from their parents at 5,500.

Biden’s administration has said it intended to tackle what it named the “root causes” of migration: extreme poverty, violence, corruption and the impact of climate change.

Last week, the US abandoned negotiations to financially compensate families separated at the Mexico border under Trump.

Biden’s government reached no agreement with attorneys for the families who filed lawsuits over the separations, but left open the possibility of doing so in the future.

Arrests of undocumented migrants on the southern US border reached record numbers in recent years.