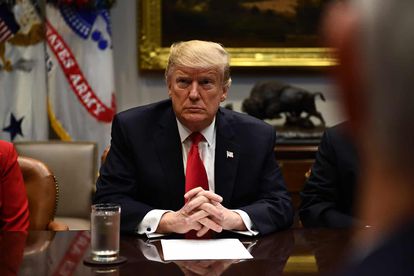 President Donald Trump said on Sunday that if Iran decided to attack the United States in retaliation for the murder of Qassim Soleimani, America would hit back “harder”.

“The United States just spent Two Trillion Dollars on Military Equipment. We are the biggest and by far the BEST in the World! If Iran attacks an American Base, or any American, we will be sending some of that brand new beautiful equipment their way…and without hesitation!” he tweeted.

“They attacked us, & we hit back. If they attack again, which I would strongly advise them not to do, we will hit them harder than they have ever been hit before!”

He was killed – along with an entourage of Iraqi milita – during a US drone strike on January 3 in Iraq. The group was leaving the Baghdad airport when their convoy was targeted by a missile from a MQ-9 Reaper.

The killing of Qassim Soleimani

The United States has accused Soleimani of being behind the deaths of hundreds of coalition troops during the Iraq war and of masterminding insurgencies in the Middle East.

“General [Soleimani] was actively developing plans to attack American diplomats and service members in Iraq and throughout the region,” the Pentagon said.

Following Soleimani’s death, Trump said: “He was plotting imminent and sinister attacks on American diplomats and personnel but we caught him in the act and terminated him.”