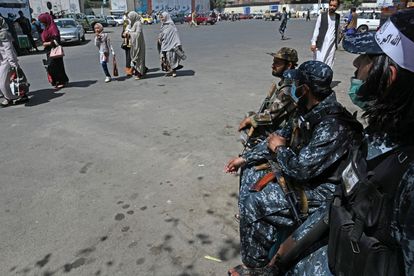 Twenty years since the Taliban’s hardline regime was ousted from Kabul, the Islamists are back in power and putting a new political agenda into practice.

While promising a more inclusive government, top posts have been handed to veteran leaders who played key roles in their notoriously brutal 1996-2001 rule.

While much remains opaque, here is what is known about their policies on key issues so far:

How the all-male leadership treat women is expected to be critical to any resumption of Western economic aid on which the country depends.

The Taliban have sought to distance themselves from the harsher policies of old, when half the population was excluded from work and education.

Under new rules, women may work “in accordance with the principles of Islam”, the Taliban have decreed, without giving further details.

Women can also study at university in classrooms that are segregated by sex, but they must wear an abaya robe and niqab covering most of the face.

Under the last regime women were forced to wear the all covering burqa which has only a small mesh window to see from.

Afghanistan is facing a financial crisis following the takeover, with much of the international aid that had propped up the economy frozen.

“The interactions with the international community… are going to continue,” chief Taliban spokesman Zabihullah Mujahid said.

“We are going to be working on our natural resources and our resources in order to revitalise our economy.”

But it remains unclear how the Taliban will find the funds to pay civil servants’ salaries — or to support critical infrastructure to keep the lights on, water running and telecommunications working.

The Taliban’s current annual income, much of which is raised from taxation and criminal activities, is estimated to be somewhere between as low as $300 million (R4,241 million) and as high as $1.5 billion (R21,210 billion).

But while those funds bankrolled a succesful insurgency, it is nowhere near meeting the needs of running a nation, experts say.

The Taliban say that journalists — including women — can continue to work.

“We will respect freedom of the press, because media reporting will be useful to society and will be able to help correct the leaders’ errors,” Mujahid told media watchdog Reporters Without Borders.

But Afghan journalists paint a different picture, with many having already fled the country, or in hiding fearing attacks.

The Taliban have also banned growing protests against their rule, unless permission had been granted by the justice ministry.

Mujahid called on the media “not to cover” the demonstrations.

On Wednesday, two Afghan journalists were badly beaten covering one in Kabul.

During their first stint in power, the Taliban were infamous for their strict interpretation of sharia law, banning music, photography, television, and even children’s games such as kite-flying.

This time, the Taliban have yet to issue official decrees regarding entertainment and culture.

But spokesman Mujahid told the New York Times last month that they were hopeful that Afghans would follow their rules without compulsion.

“Music is forbidden in Islam,” Mujahid said, adding that “we’re hoping that we can persuade people not to do such things, instead of pressuring them.”

Many are also wary about the Taliban’s approach to historical artifacts and culture, after their 2001 dynamiting of the 1,500-year-old giant Buddha statues at Bamiyan generated international outrage.

Earlier this year, the Taliban promised to protect the country’s heritage.

As for sports, like in the past, only men can play or attend matches.

“Islam and the Islamic Emirate do not allow women to play cricket or play the kind of sports where they get exposed,” he said.

After crushing the final holdout province of Panjshir last week, the Taliban have warned that “anyone who tries to start an insurgency will be hit hard”.

They have also said they will battle Islamic State-Khorasan, Afghanistan’s branch of the jihadist franchise.

As for drugs, the Taliban promise that Afghanistan, the world’s leading producer of opium, “will be a narcotics-free country”.

But many fear that its anti-drug rhetoric — like other pledges to respect fundamental rights — are merely a way to paint a more moderate picture in order to secure international recognition.