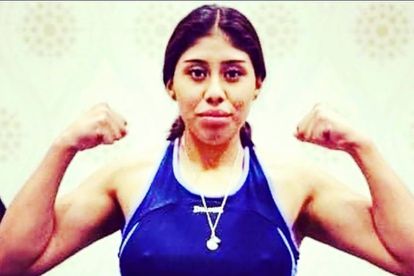 The family of 18-year-old Mexican boxer Jeanette Zacarias Zapata has been left grief-stricken in the wake of her death. She passed away, just five days being knocked out in a fight that took place in Montreal, Canada.

“It is with great sadness and torment that we learned, from a representative of her family, that Jeanette Zacarias passed away this afternoon at 3:45 p.m. We would like to offer our most sincere condolences to her family, loved ones, friends and especially her husband Jovanni Martinez who was at her bedside until her last moments,” the organiser said in a statement on Thursday.

Zapata sustained head injuries, including to her brain, while fighting Canada’s Marie-Pier Houle on Saturday evening, 28 August 2021. Footage from the match showed her being on the receiving end of several power punches near the end of the fourth round. A final right hook by 31-year-old Houle caused Zapata’s mouthguard to fly out and left her unable to return to her corner after the bell rang.

She was then attended to by her partner and trainer, Jovanni Martinez. A medical team at the stadium took her to a local hospital where she was placed in a medically induced coma.

According to CBC, Zapata underwent neurological exams to get permission to fight in Montreal because she was knocked out in a bout last May in Mexico.

Her opponent shared a message on social media not too long after she was taken to the hospital.

“Never, ever, is the intention of seriously injuring an opponent in my plans. My sincere thoughts go to my opponent, Jeanette Zacarias Zapata, as well as to her family,” Houle wrote, according to CBC.

A GoFundMe page had been set up to help with Zapata’s medical expenses and recovery. Close to $15,000 had been donated towards it.