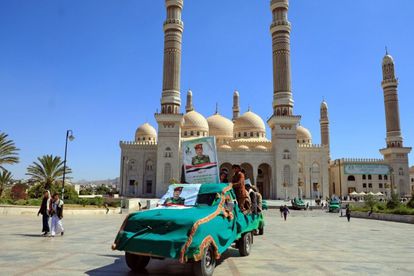 The Saudi-led coalition backing Yemen’s government said Thursday it had killed 95 Huthi rebels in airstrikes near the strategic city of Marib, as fighting pushes more people into displacement.

That would bring to around 2 000 the number of Huthis the coalition says it has killed around Marib in strikes it has reported almost daily since 11 October.

The Iran-backed rebels rarely comment on losses, and AFP could not independently verify the toll.

A statement said the coalition carried out 22 operations targeting rebels in 2 districts near Marib that “killed 95 terrorists and damaged 11 military vehicles”.

The latest bombing was carried out in Al-Jawba, about 50 kilometres (30 miles) south of Marib, and Al-Kassara, 30 kilometres to the northwest.

Marib, capital of the oil-rich province of the same name, is the internationally recognised government’s last bastion in northern Yemen.

The Huthis have claimed to be tightening their grip around Marib city.

“Our forces have reached the vicinity of the city of Marib, which is nearly surrounded,” said Mohammed Nasser Al-Atefi, who serves as defence minister in the Huthis’ unrecognised government in Sanaa, west of Marib, according to the Al-Akhbar Lebanese daily.

He added that it is “only a matter of time” until they seize it.

The Yemeni civil war began in 2014 when the Huthis seized the capital Sanaa, 120 kilometres west of Marib, prompting Saudi-led forces to intervene to prop up the government the following year.

Tens of thousands of people have died and millions have been displaced in what the United Nations calls the world’s worst humanitarian crisis.

The Huthis began a major push to seize Marib in February and, after a lull, they have renewed their offensive in recent weeks.

Tens of thousands have been displaced in the province this year, including nearly 10 000 in September alone, the UN’s migration agency IOM told AFP Thursday.

“From 1 January to 30 September, IOM recorded more than 55 000 people displaced in Marib governorate in the areas where our displacement tracking and rapid response teams have access,” the International Organization for Migration has said.

Marib city had between 20 000 and 30 000 inhabitants before the war but its population ballooned to hundreds of thousands as Yemenis fled frontline cities for its relative stability.

But with about 139 refugee camps in the province, according to the government, hosting approximately 2.2 million people, many displaced civilians have become caught in the line of fire once again.

Among those were Ali Jabali, who fled his home to a camp east of Marib city along with his wife and 4 children.

“We had been living in Harib for 15 years, then the Huthis came and displaced us,” he told AFP from a small makeshift tent Al-Rumailah camp.

“We escaped with our children and left all our belongings behind: our furniture, our clothes, and just everything.

“We barely escaped with our children. Then we arrived here and found conditions to be very bad. It’s a humiliating situation.”

According to Abdulkarim Sabr, a local representative for IOM, approximately 30 families were displaced from Al-Jawba and Harib.

“These are only the people we have received recently in the camp,” he told AFP.

“Most of them are homeless, just being hosted by the other displaced people who live in the camp…. No tents, no blankets, no food.”