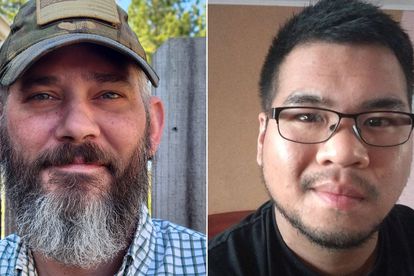 Two Americans fighting alongside Ukrainian forces near Kharkiv have been missing for a week; there are fears that they may have been captured by Russian forces. The men are Alexander John-Robert Drueke, age 39, and Andy Tai Ngoc Huynh, age 27. Photo: TWITTER / Said Pulido

Two Americans fighting alongside Ukrainian forces near Kharkiv have been missing for a week; there are fears that they may have been captured by Russian forces. The men are Alexander John-Robert Drueke, age 39, and Andy Tai Ngoc Huynh, age 27. Photo: TWITTER / Said Pulido

A Russian state TV channel aired videos on social media of two Americans who went missing last week while fighting alongside the Ukrainian army, stating they had been captured by Russian forces.

United States President Joe Biden had said earlier Friday he did not know the whereabouts of Alexander Drueke and Andy Huynh, both US military veterans whose relatives lost contact with the pair.

The missing Americans — including a third identified as a former US Marines captain — are believed to be part of an unknown number of mostly military veterans who have joined other foreigners to volunteer alongside Ukrainian troops.

“Mom, I just want to let you know that I’m alive and I hope to be back home as soon as I can be,”

said Drueke, who was seated in what appeared to be an office and dressed in military fatigues.

“Love Diesel for me, love you,”

he said, concluding his brief video with a quick wink. Reports in the United States say Diesel was Drueke’s dog.

RT’s official Telegram channel also posted an interview with Huynh, in which he said the duo had been “engaged in combat with Russian troops” near Ukraine’s flashpoint Kharkiv area.

After the pair retreated and hid for hours, they surrendered themselves to Russian troops, Huynh said.

The pair were also filmed in separate RT videos — directly facing a camera angled from above — saying “I’m against the war”, in poor Russian.

The circumstances under which the two men were speaking were not fully clear, nor who specifically was holding them.

A US State Department spokesperson on Saturday confirmed American authorities had seen the photos and videos of the two US citizens “reportedly captured by Russia’s military forces in Ukraine”.

“We are closely monitoring the situation and our hearts go out to their families during this difficult time,”

Drueke’s mother Lois had told CNN Thursday that her son went to Ukraine after discussing it with her for about a month.

“I want everyone to know… we don’t want one to come home without the other. They were best buddies there and we want everybody to remember it’s not just one person there,”

Huynh’s fiance Joy Black said in the same interview that she last heard from him on 8 June.

“He told me he loved me very much and that he would be unavailable for two, three days… he was trying not to worry me,”

“I just want to see him back safely.”

During a White House briefing on Friday, Biden urged US citizens not to go to Ukraine.

The Russian proxy authorities in the so-called Donetsk People’s Republic, a Moscow-controlled swath of eastern Ukraine, have sentenced to death two British men and a Moroccan captured earlier in fighting.