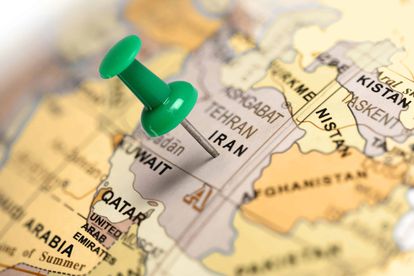 Since the beginning of the COVID-19 pandemic that has gripped the globe, Iran has been one of the countries most affected by the virus.

The dire straits Iran finds itself in now can be traced back to the very beginnings of the pandemic. As COVID-19 began to spread around the region in the early months of 2020, Iranian officials ignored international warnings as well as the scores of Iranian doctors and medical professors who urged the government to prepare for the coming national emergency.

To date, Iran has suffered one of the highest fatality rates in the world and by far the largest in the region. According to state health authorities there have been upwards of 25 million infections and over 19,800 have died.

Iran’s medical infrastructure is currently in shambles. With nearly two years of crippling sanctions imposed by the United States, hospitals were already hard pressed in stockpiling basic equipment. Now with thousands of patients around the country in need of urgent care, doctors and nurses barely have enough equipment to address the basic needs of their Corona wards. Some hospital staff washed their own gowns and masks or sterilised them in conventional ovens. Others wrapped their bodies in plastic bags they bought at the supermarket as personal protective equipment was sparse or completely unavailable. Not surprisingly, improvised medical gear didn’t help the situation, it only made things worse. Lack of sanitation and protection meant the disease spread like wildfire among hospital workers. During the first 90 days of the virus outbreak alone, about one medical staffer died each day while dozens more became infected, many falling ill.

This bleak picture is almost certainly only the tip of the iceberg. In early August, leaked data compiled by Iranian authoritiesindicated that death rates may be as much as three times the official number while infection rates could be as high as double the reported figure. These revelations dovetail claims made by doctors and other medical workers in Iran several months ago that the Health Ministry was doctoring COVID-19 statistics to make the situation appear less urgent than it was.

Iranians on their part have grown increasingly restive over the Ayatollah’s response to the pandemic. Demonstrations have taken place across the country over the mishandling of the crises. Leaders have met the voices of protestors with nothing but brutality. In July international media reported security forces were deployed to put down demonstrations in cities including Behbahan, Tehran, and Isfahan. Provinces from which online discussions on the pandemic were emanating had their connection to the internet access restricted. Many in Iran can see the current crackdown for what it is, a continuation from the brutality used during the last round of anti-government protests. Beginning in November 2019, demonstrations erupted in over 100 cities throughout the country in response to Iran’s deteriorating economic situation. As many as;1,500 protestors were killed by military and police personnel deployed to disperse the gatherings. In a sharp reminder of the long and hard protests movements opposing the government, the Ayatollahs; recently executed by hanging a man arrested during the 2017 – 2018 protests. Five more who were arrested during the same time period are currently on death row for charges including “armed rebellion” against the state.

Already reeling from economic hardship, domestic discontent, and expanding environmental crises, the outbreak of COVID-19 in Iran and its devastating effects, have demolished the last vestiges of the regime’s legitimacy. Iranians themselves have come to realise they have no one to turn to in the government. Videos of the sick collapsing in the streets across the country and doctors pleading for international assistance have been spreading across social media since at least May.

The Iranian people have for years been calling for help from the international community. Systemic collapse in wake of the mishandling of the COVID-19 pandemic has only brought these cries for assistance to new levels of urgency. Support for the oppressed citizens of Iran comes from many countries. But one of the most unlikely nations to express support has been Israel. Animosity has brewed between Iran and Israel for decades especially in recent years as Iran began to make substantial military incursions to Israel’s north. Despite this, Israeli leaders have for long made a sharp distinction between the Iranian people and their repressive government. The top echelons of Israeli leadership have praised Iranians for their courage in standing up to the regime.

One particularly outspoken official has been Naftali Bennett, Israel’s former defense minister and currently a member of Israel’s opposition. Bennett has been known to make subtle gestures that show support for the people of Iran – he’s also been more vocal in his overtures. In late 2019 Bennett called for a worldwide “hackathon” to give Iranians access to the internet in response to the Ayatollah’s decision to shut down access across the country during a wave of anti-government protests. “How scared must a regime be of its own people that it doesn’t allow them to access Facebook and Twitter and social media?” Bennett said.

Israeli leaders understand the basic truths about today’s Iran. The Iranians are, as Bennett put it, “good and decent” people who are being held hostage by a brutal regime and deserve the “same rights as all other people on earth.” Israelis and Iranians would have a range of common interests that could easily allow cooperation to flourish. If the regime was not an obstacle, Israel and Iran would find collaboration in endeavours ranging from water management, environmental stability to technological development. Today, the possibility for real and lasting solidarity between the two peoples has never been clearer.

Ties between Israelis and Iranians can play a key role in further pressuring the Ayatollahs and bring about lasting change for the two nations.