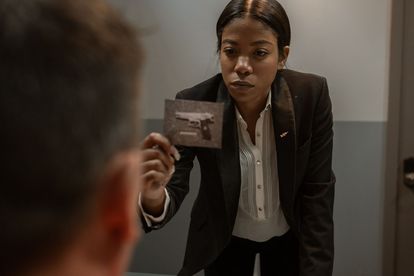 German police on Tuesday arrested a seventh suspect in the spectacular 2019 robbery at a state museum of priceless 18th-century jewels who was attending an ongoing trial over the heist.

Police and prosecutors in the eastern city of Dresden said the suspect identified only as Jihad R. was picked up at the city’s regional court which is holding the trial of six defendants.

“The 22-year-old Jihad R. was arrested this afternoon by officers of the Dresden police on the sidelines of the trial before the regional court where he was attending as a visitor,”

they said in a statement, adding that the suspect’s car and Berlin flat were also searched.

Authorities believe members of a notorious criminal family carried out the brazen night-time raid on the Green Vault museum in Dresden’s Royal Palace in November 2019.

To this day, there is no trace of the jewels, including a sword with a diamond-encrusted hilt and a shoulder piece which contains the famous 49-carat Dresden white diamond.

The thieves grabbed 21 pieces of jewellery and other valuables from the collection of the Saxon ruler Augustus the Strong, encrusted with more than 4 300 individual diamonds.

The latest suspect to be arrested is accused of abetting aggravated gang robbery and arson and was allegedly involved in the “entire planning and execution” of the heist plot, prosecutors said.

At the trial, which began in January, prosecutor Christian Weber said the suspects had stolen “unique and irreplaceable treasures… of outstanding cultural and historical significance”.

All the defendants are members of the so-called “Remmo clan”, an extended family known for a web of ties to organised crime in Germany.

Insurance experts say the loot is worth at least 113.8 million euros ($120 million) = (about R1.9 billion), with German media dubbing it the biggest art heist in modern history.

WATCH: Is this the MOST watched video on Facebook?