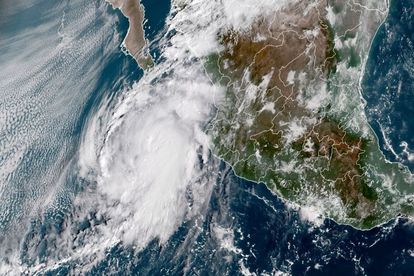 Hurricane Pamela on Tuesday advanced towards Mexico’s Pacific coast, strengthening as it closed in on land and posing the risk of life-threatening storm surges.

“Pamela is forecast to be near major hurricane intensity when it reaches the west-central coast of Mexico on Wednesday morning,” the United States National Hurricane Center (NHC) said.

At 15:00 GMT, Pamela was 250 miles (405 kilometers) southwest of Mazatlan, Mexico, and 185 miles from the southern tip of the Baja California peninsula.

The hurricane was moving north at 13 kilometers an hour, the NHC said, packing sustained winds of 130 km/h.

The storm has already caused rain along parts of Mexico’s Pacific coast.

“Conditions will deteriorate across west-central Mexico tonight,” the NHC said, predicting “steady to rapid strengthening” of the hurricane.

Because of its location, Mexico is often hit by tropical storms and hurricanes on both its Pacific and Atlantic coasts.

In August, Hurricane Nora made landfall in the Pacific state of Jalisco, killing a child and leaving one person missing.

Hurricane Grace left at least 11 dead in the eastern coast of Mexico’s mainland the same month.