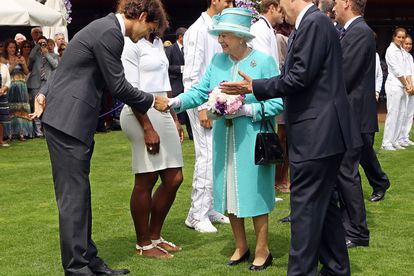 A procession of the coffin through Scotland, a vigil by the new king, public tributes and a state funeral on September 19: here is how the UK plans to say goodbye to Queen Elizabeth II, who has died aged 96.

The queen’s coffin, which has been resting in the ballroom at her beloved Balmoral estate in Scotland since her death there on Thursday, leaves for Edinburgh at 10:00 am (0900 GMT).

It will travel by road through villages and the cities of Aberdeen and Dundee before arriving at the Palace of Holyroodhouse, the monarch’s official residence in Scotland, at 4:00 pm.

Dedicated viewing points are being set up along the route, although mourners will be asked not to throw flowers at the convoy as it passes.

ALSO READ: Harry and Meghan expected to stay for the queen’s funeral

“We anticipate many, many people will be keen to pay their respects,”

At Holyroodhouse, the queen’s coffin will rest in the Throne Room.

Her heir, who flew to London on Friday from Balmoral to be officially proclaimed King Charles III, will at 2:30 pm host representatives of Commonwealth realms for whom he becomes head of state, at Buckingham Palace.

At 10:00 am, the king and his wife Camilla, now Queen Consort, will visit parliament to receive condolences from the speakers of the lower and upper houses, before delivering a reply.

The royal couple will fly to Edinburgh and at Holyroodhouse palace the king will take part in the Ceremony of the Keys, where he will symbolically receive — and then return — the keys to the city.

The ceremony traditionally marks the start of Holyrood Week, when the queen visits Scotland. She last received and returned the keys in June this year.

In the afternoon, the king and other royals will take part in a procession to convey the queen’s coffin along Edinburgh’s Royal Mile to St Giles’ Cathedral, before a religious service.

After his first audience with Sturgeon at the palace and a visit to the Scottish Parliament, Charles III will return to St Giles’ to take part in a vigil over the coffin with other family members.

There will also be an opportunity for the public to visit the coffin as it lies in rest guarded by the Royal Company of Archers.

The king and his wife will be joined in Scotland — and on his tour of Northern Ireland and Wales — by Prime Minister Liz Truss, Downing Street said.

“It’s not a requirement,”

“But the prime minister believes it’s important to be present for what will be a significant moment of national mourning around the United Kingdom.”

In the afternoon, the coffin will be flown by the Royal Air Force to an airfield near London, accompanied by the queen’s daughter Anne, the Princess Royal, and then driven to Buckingham Palace, to rest in the Bow Room.

Meanwhile Charles III and his wife will fly to Belfast, where he will meet Northern Ireland’s party leaders and receive a message of condolence led by the speaker of the devolved assembly.

The king will meet leaders from all the major faiths in Northern Ireland before attending a prayer service at St Anne’s Cathedral, and then return to London.

In the afternoon, the king will lead the procession behind the gun carriage carrying the queen’s coffin from Buckingham Palace to parliament’s Westminster Hall.

Archbishop of Canterbury Justin Welby will conduct a short service after the coffin arrives, attended by the king.

The late queen will lie in state there until the funeral, with members of the public able to pay their respects.

Charles III and his wife will visit Wales, completing trips to all four nations that make up the United Kingdom.

The queen’s coffin will be taken in procession to Westminster Abbey for a state funeral at 11:00 am expected to be watched by millions around the world.

Political leaders and heads of state including US President Joe Biden are expected to attend the event, sparking a major security operation.

After the funeral, the coffin will be taken to Windsor, for a televised committal service at St George’s Chapel, with a private interment service planned for later in the evening.

The queen will be interred privately at the King George VI memorial chapel, alongside her husband, Prince Philip, the ashes of her sister Princess Margaret, their mother, also called Elizabeth, and father George VI.