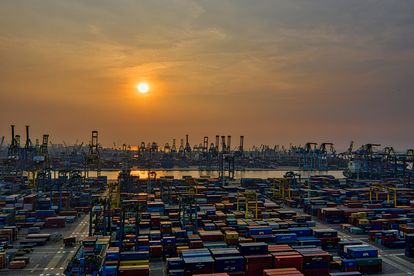 A Vienna court on Monday found a freight forwarder guilty of stealing art estimated to be worth 1.3-million euros ($1.4 million) = (about R26.6 million) and stashing drawings by famous Austrian artist Gustav Klimt in his parents’ attic.

The court handed down a two-year suspended jail term to the 45-year-old after finding him guilty of theft, according to Christina Salzborn, spokeswoman of the Vienna Criminal Court.

The 2012 theft from an Austrian depot had gone unnoticed until 2013, when several pieces were sold by international auction houses but then noted as missing and subsequently reported as stolen.

Among the works the man took were sculptures, artefacts, paintings and drawings, including by Klimt and Egon Schiele, two of the country’s most renowned painters.

“He was, so to say, an art collector who could not acquire what he was passionate about in a legal way,”

Markus Dittrich, spokesman for the Vienna police, which worked the case, told AFP.

In court, the man, who pleaded guilty to taking works found in his possession, testified he did not realise how valuable the art was that he ended up displaying in his home and storing in his parents’ attic.

The man from the province of Lower Austria worked for a logistics company that rented storage space to an Austrian company specialising in moving and storing valuable art, police said.

Police were tipped off in the case by Art Loss Register, an international database of stolen art, which last year received an enquiry about the sale of a bronze ritual food vessel dating back to the 11th century Western Zhou dynasty.

Though it is “quite rare” for thieves to submit an enquiry, the request came from a first-time client in Austria with an email address that “looked suspicious,” Amelie Ebbinghaus, Art Loss Register’s director, told AFP.

Austrian police followed the tip and ended up raiding the man’s home and finding the works — some adorning the man’s apartment, while others were stashed in his parents’ attic, Dittrich said, adding that police found more than what they’d been looking for.

“A lot of it hadn’t even been classified as stolen, because the owners still assumed it to be in this depot,”

Another one! Britain pledges $1.2 billion military aid to Ukraine