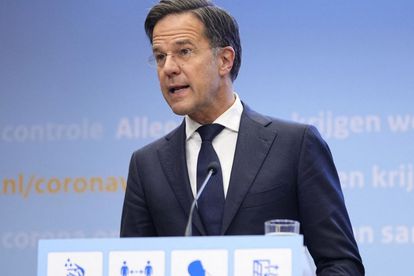 Three weeks of measures are planned, with bars, restaurants and non-essential shops having to close at 7:00 pm and people again advised to work from home, local media said.

Public events will be scrapped while football matches including the Netherlands’ home World Cup qualifier with Norway next week must be played behind closed doors, they said.

Schools will however reportedly remain open, and people will be allowed to leave their homes without restrictions.

Rutte and Health Minister Hugo de Jonge will hold a press conference at 7:00 pm (18:00 GMT) to announce the curbs, with broadcaster RTL reporting that the cabinet was describing it as a “partial lockdown” to “quickly reduce cases”.

The government is also reportedly set to limit the “Covid pass” for catering and entertainment after the three-week period, so that it can only be used by people who are vaccinated or have recovered from Covid, and not by people who just have a negative test.

Meanwhile, the official arrival of Sinterklaas – the Dutch Santa Claus – scheduled on Saturday in the historic central city of Utrecht has already been cancelled due to the spike in cases.

Fresh restrictions are however politically sensitive, with thousands of people rallying in The Hague last Sunday after the government on 2 November said it was reintroducing face masks in some public spaces.

The Netherlands on Thursday reported 16 364 new Covid cases over the previous 24 hours, smashing the previous record of 12 997 set last December.

The nation of 17 million people has reported 2.2 million cases and 18 612 deaths since the start of the pandemic last year.

Hospitals have warned they will not be able to make it through the winter under the current conditions.

The Covid spike comes despite the fact that 82% of Dutch people over the age of 12 have been fully vaccinated.

Unvaccinated people account for most intensive care cases (69%) and hospital admissions (55%), but waning vaccine efficiency, particularly in the elderly, has also been blamed for the surge.

The Dutch government says it will start giving booster jabs in December.

Covid cases are on the rise across much of Europe with neighbouring Germany also mulling fresh restrictions.