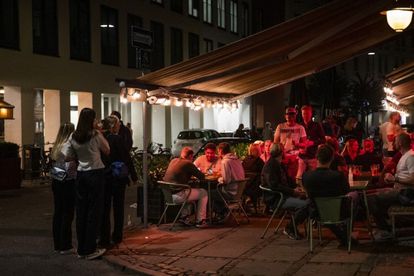 The Danish government on Sunday announced a ban on alcohol sales at night in some areas and bar young offenders in a crackdown on anti-social behaviour, two days ahead of local elections.

The social-democratic government intends to take “early and targeted measures” against certain young people who “show disorderly behaviour”, by banning them from shopping centres or suburban train stations at certain times, especially at night.

READ: Tourism surge: Why Cape Town is THE place to be this summer

According to a police survey published in March 2020, 85.6% of Danes feel safe, but only 70.9% of those living in “high-risk” neighbourhoods do.

The Social Democrats, who could lose the mayor’s office in Copenhagen for the first time since 1938, also want to ban the sale of alcohol in shops between midnight and five in the morning in “nightlife” areas.

Bars and nightclubs will also have to increase the number of bouncers.

Nightlife zones – found in major cities including the capital – were defined under a new law that came into force in July allowing certain offenders to be banned from entering all pubs and streets with a high concentration of bars for up to 2 years.