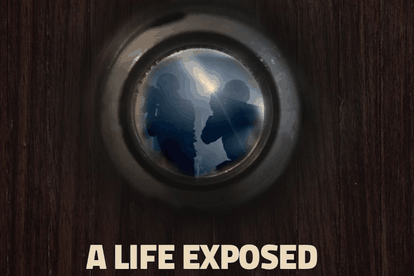 A damning report by three Israeli human rights groups has condemned the military’s widespread practice of breaking into Palestinian homes in the occupied territories, often in the middle of the night.

The report, which includes testimonies of soldiers, doctors, and Palestinian families, claims that Israeli troops enter homes on average more than 250 times every month to conduct arrests but also for other purposes including “mapping” houses, to use roofs for observation posts or to search for money, weapons or for intelligence purposes.

Soldiers interviewed for the report, including several who spoke to the Observer, said they believed an important function of many raids was intimidatory – a claim denied by the Israeli military.

Avner Gvaryahu, the executive director of Breaking the Silence, who himself conducted home invasions while a sergeant in a sniper unit, described the report as exposing part of the occupation more often hidden from wider public view.

“Like checkpoints and the separation barrier it is part of the DNA of the occupation. For soldiers like myself it ended when we walked back to the jeep and went back to camp to sleep. But for Palestinians it is a long-term trauma. What it means is that you cannot feel safe in your own home or bed. For me the last memory is of the piercing looks of fear and hatred.”

The report also includes the voices of dozens of the IDF soldiers who executed such operations and the doctors who treat the men, women, and children traumatized by them.

“According to UN figures, these invasions occur more than 200 times each month. Beyond the harm suffered by individuals and families as a result of the intrusion into their homes, this practice effectively serves as a means to oppress and intimidate the Palestinian population and increase control over it.”

The report identifies and explores four types of home invasions perpetrated by Israeli forces in the illegally occupied West Bank: searches for money, weapons, or other items; arrest raids; ‘mapping’ homes to learn layouts and the identities of residents; and seizing homes for military use.

“The invasion usually begins with shouting and banging on the door, followed by an aggressive, violent entry of armed and sometimes masked soldiers into the home. In about a quarter of the documented cases, soldiers did not wait for the door to be opened by a member of the household, but forced it open by damaging or destroying it.”

“Once inside the house, in most cases, soldiers order all members of the household, including children, to gather in one room where they remain under guard, helpless and unable to move freely,” the report continues.

“In some cases, the soldiers themselves wake up members of the household, including children.”

The report adds that Israeli forces claim broad authority to conduct raids as they choose and dispose with the formality with obtaining  judicial warrants before invading Palestinian homes.

“Soldiers’ conduct during the invasions is predicated on aggression, a show of force, and intimidation… the raids serve as a means to oppress and intimidate the Palestinian population and increase control over it.”

Lufti Ahmad, a man from Silwad, recounted how the Israeli invaders “completely destroyed our sense—one that everyone has—that our home is the most peaceful, safest place. What they did was a kind of terrorism.”

One woman told how IDF soldiers forced their way into her Einabus home at 1:30 am.

“I started screaming, saying, ‘Would you agree to someone coming in on your mother, your sister?'” she recalled. “The male soldiers left the room to let me get dressed. I was so scared I couldn’t find my clothes.”

Enduring trauma is an inevitable outcome of such actions, which unfold and are experienced quite like burglaries—but in this case, ‘the burglars’ belong to one of the world’s most powerful armies, the Israeli Defence Forces (IDF).

Post-traumatic stress disorder (PTSD) and other mental health problems are widely reported by adult and child victims of the raids, notes Dr. Jumana Milhem, a psychologist who works with Physicians for Human Rights Israel.

“What comes to my mind is that the process involves the dehumanization of a whole society… [the] point is to break their human spirit.”

The Israeli soldiers who carry out the raids are also sometimes traumatized by what they are forced to do in pursuit of an elusive “security” that is undermined by the very actions they take.

Adding to the confusion is the fact that IDF troops say there is often “no good reason at all” for the invasions.

“There’s rarely an operational motivation for it,” one IDF veteran said of the raids. “Often, the motivation is practice, meaning we got a breaching tool for the first time; no one knows how to use it, so it is decided that we break into a house now.”

Another soldier recounted his first night raid. “We go into a house, gather everyone who is home, which is mostly a ton of children and women, in the living room…. It’s my first arrest, and I just point the weapon at them, at a mother and children, I’m aiming my weapon at them, and children are crying hysterically in there.”

One female soldier told the Observer that she volunteered to go on a raid because “I thought it was cool. I was 19 years old and playing war. I wanted to be part of it, to see how it was from the inside. In the end it was a turning point for me.”

“But what matters is you’re in a home at three in the morning. We can’t be there without destroying their lives and creating the terror that later comes back to us.”

Often the Israelis leave empty-handed. Other times, they arrest one or more person in a home—sometimes children—and remove them in handcuffs and blindfolds.

Some Palestinians have been subjected to so many IDF raids that they lose track of the number.

Fadel Tamimi, the 59-year-old imam at a mosque in Nebi Salih who says his home has likely been raided more than 20 times, told the Observer that “the reason they do this is to scare everyone, to show who is in charge.”

“On one occasion, I remember I had gone to the mosque for the first early morning prayers,” Tamimi recalled. “When I came back the soldiers were in my house. They had put all of my family in the kitchen. When I went into my bedroom I found three soldiers resting on the bed.”

“The consequences are psychological,” he added. “You feel your privacy is being invaded. It’s horrible for a conservative family and a traditional society. The aim is to control and humiliate.”