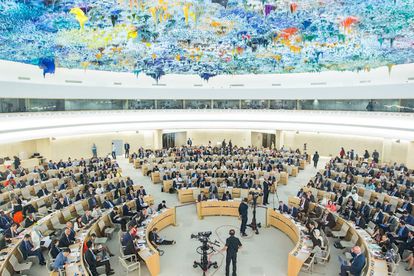 The United States says it’s returning as an observer to the UN Human Rights Council which it quit under the Trump administration, and will “robustly” seek reforms of what it says is a “flawed body.”

US Secretary of State Antony Blinken said in a statement that the Biden administration has “recommitted the United States to a foreign policy centred on democracy, human rights, and equality.”

“Effective use of multilateral tools is an important element of that vision, and in that regard the President has instructed the Department of State to re-engage immediately and robustly with the UN Human Rights Council.”

Blicken conceded that Washington’s withdrawal in June 2018 did nothing to encourage meaningful change, but instead “created a vacuum of US leadership, which countries with authoritarian agendas have used to their advantage.”

The UN Human Rights Council, set up in 2006, has a permanent standing agenda item on suspected violations committed by Israel in the occupied Palestinian territories, which Washington has long wanted removed.

“We recognise that the Human Rights Council is a flawed body, in need of reform to its agenda, membership, and focus, including its disproportionate focus on Israel.”

The other UN Security Council permanent members – Britain, China, France and Russia – now sit on the council, whose members are elected by the UN General Assembly.

The US delegation has attended only reviews to examine the human rights records of all UN member states, since it quit, and have not attended the council’s regular sessions which convenes three times a year.

“While recognising the Council’s flaws, we know that this body has the potential to be an important forum for those fighting tyranny and injustice around the world. By being present at the table, we seek to ensure it can live up to that potential,” said Mark Cassayre, US charge d’affaires at the US mission to the United Nations in Geneva.