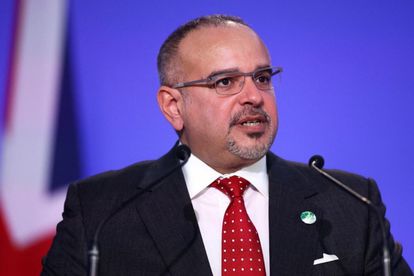 Bahrain on Tuesday urged its citizens in Lebanon to immediately leave after the UAE made a similar call in an escalating row over a minister’s Yemen war remarks.

Lebanese Information Minister George Kordahi triggered the dispute with an interview recorded in August and aired last week. In it, he said that Yemen’s Iran-backed Huthi rebels were “defending themselves… against an external aggression”.

Bahrain’s foreign ministry “urged all citizens in Lebanon to leave immediately, following the tense situation there, which calls for extra caution”, it said in a statement carried by the official Bahrain News Agency.

On Sunday the United Arab Emirates urged its citizens to get out of Lebanon.

Also on Tuesday, Yemen’s internationally recognised government said it summoned its ambassador from Lebanon to address Kordahi’s statements, according to the official Saba news agency.

A Saudi-led military coalition that has included the UAE and Bahrain intervened to prop up the Yemeni government in 2015, after Huthi rebels seized the capital Sanaa in 2014.

Saudi Arabia on Friday gave Lebanon’s ambassador 48 hours to leave the country, recalled its envoy from Beirut and suspended all imports from Lebanon.

Bahrain and Kuwait quickly followed with similar measures, and the UAE on Saturday recalled its diplomats from Beirut in “solidarity” with Riyadh.

The Saudi foreign ministry said its moves followed the “insulting” remarks on the Yemen war, but were also because of the influence of Lebanon’s Iran-backed Shiite Muslim movement Hezbollah.

Riyadh has said dealing with Beirut was “pointless” due to Hezbollah’s dominance.

Lebanon on Monday called for talks with Saudi Arabia to ease the dispute which is another blow to a country in financial and political turmoil, and struggling to secure aid, including from wealthy Arab countries.