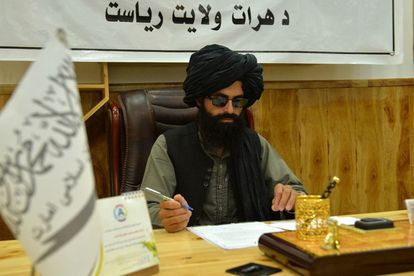 It has been well over a month since the Taliban took over Afghanistan and assured the world its return to rule would not spell doom for its citizens. However one of the terror group’s founders Mullah Nooruddin Turabi says they will once again carry out executions and amputations of hands, though perhaps not in public.

Turabi was Justice Minister and head of the so-called Ministry of Propagation of Virtue and Prevention of Vice during the Taliban’s previous rule.

When the Taliban was last in power in Afghanistan, they would carry out executions in public, including in stadiums. In an interview with Associated Press (AP), Turabi says they will continue with their conservative, hard-line worldview.

He has further slammed the international community for its outspokenness over the Taliban’s policies.

“Everyone criticized us for the punishments in the stadium, but we have never said anything about their laws and their punishments. No one will tell us what our laws should be. We will follow Islam and we will make our laws on the Quran,” he told the news outlet.

Speaking of punishments, Turabi continued to justify the different forms of harsh punishment, but stressed that Cabinet would yet to decide on whether they would be carried out in private or public.

“Cutting off of hands is very necessary for security,” he said.

Since seizing control of the capital Kabul on 15 August, the Taliban has also maintained that women’s rights will not be violated and they will be allowed to go to school – a far cry from how things were when they were last in power.

However many in the international community remain skeptical – the group has asked all women, apart from those in the public health sector, to stay away from work, until the security situation in the country improves.