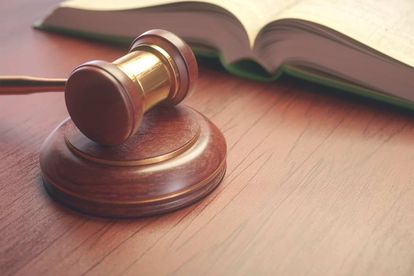 A Worcester man has been sentenced to 25 years in prison for the murder of his girlfriend’s baby. He was arrested for the murder in September of last year.

In an Eyewitness report, Reginald Bezuidenhout a Worcester resident was sentenced today on 3 July at the Western Cape High Court.

This was only a week after he was found guilty for the murder of the 18-month-old on 28 June.

Murdered baby in the cradle

According to the Western Cape Police Spokesperson, it was in September last year that the Worcester Police were alerted about the incident by staff at the local hospital. The 18-month-old infant was declared brain dead from allegedly falling from his bed.

A preliminary investigation was conducted by investigating officers Sergeant Revah Readien and Constable Johan Saayman. When they visited Worcester Hospital it was discovered that the infant had noticeable head injuries. As a result, he was declared dead.

According to an IOL report, it was initially suspected that the infant had been murdered. This prompted further investigation.

“It was later found that the baby’s skull was cracked, his ribs were broken. e had bruises all over his face and body.”

The investigating officers had managed to build a strong case and within three days Bezuidenhout was arrested. It was later revealed that Bezuidenhout was in a relationship with the deceased infant’s mother.

The case was then later transferred to the Western Cape High Court with Judge Andre Le Grange overseeing the case.

The Western Cape Provincial Commissioner, Major General M Manci commended the investigation officers for their hard work and dedication during the case.

Manci added that the sentencing of Bezuidenhout showed that crimes against women and children have become a high priority for SAPS.

Judge Le Grange complimented the speedy work of the investigating officers. Le Grange added that if it were not for their work, the case might have remained unsolved.