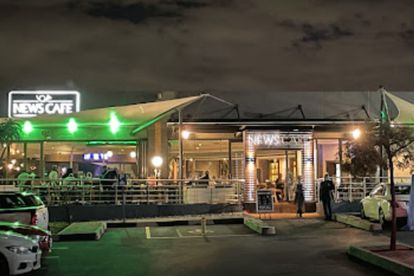 Police are warning against the spread of fake news while Mzansi remains suspicious of Woodmead “kidnappings”.

Police are warning against the spread of fake news while Mzansi remains suspicious of Woodmead “kidnappings”.

Conspiracy theories about News Cafe in Woodmead and their alleged human trafficking involvement have continued to be spun. This comes about a week after police addressed the allegations.

Tweets went viral for their recounts stories about how female patrons of News Cafe were drugged and then bundled into the back of luxury cars, during alleged kidnapping attempts.

One Twitter user on Tuesday directly posed a question about the investigation to the South African Police Service and Lirandzu Themba, spokesperson for Police Minister Bheki Cele.

The user, who goes by DemocraticRsa on the micro-blogging platform, felt they were entitled to an update on the situation surrounding the Woodmead nightclub.

They were promptly hit back by Themba who answered with a copy of the released police statement.

Gauteng police spokesperson Colonel Dimakatso Sello says they took note of the viral tweets who were allegedly bungled into two sedans at the Woodmead nightclub.

“The validity of the tweet was investigated and it can be confirmed that the two women were not kidnapped, but in fact picked up by their next of kin contrary to what has been said on social media,”

“We see still see you. This just proves how shady you are,”

FAKE NEWS ADDED TO THE CHAOS

Sello has warned against the spread of false or unconfirmed information and causing panic on social media.

Around the same time that the Tweets went viral, 33-year-old Kgalalelo Tolo was reported missing after he was last seen leaving the same Woodmead nightclub.

This fuelled the public spotlight on the allegations against News Cafe but the police through their old-fashioned fact-findings also had those answers.

Sello says investigations also revealed that the allegedly missing individual was unfortunately involved in a fatal hit-and-run accident while he was walking back to his place of residence.

His next of kin has been notified.

READ MORE: Is this popular Joburg nightclub *really* part of a kidnapping ring? SAPS speak out…