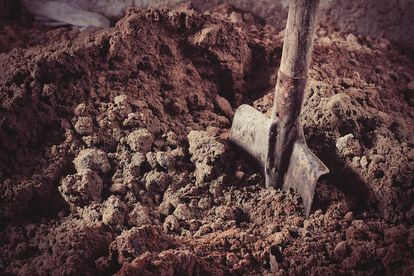 The family of a slain Durban woman, who was found partially burned and buried in her grandmother’s backyard, wants justice for her brutal murder. The body of Melissa Charlene Dedericks was found buried in a shallow grave on Wednesday 24 March in Wentworth.

SUSPECT HANDS HIMSELF OVER TO POLICE

KwaZulu-Natal police spokesperson Captain Nqobile Gwala said a 19-year-old suspect confessed to burying the woman in a backyard and handed himself over to police.

Gwala added that a tin opener was recovered next to the shallow grave.

“A slightly burnt body of a 39-year-old woman was excavated from the shallow grave by police officers from the search and rescue. The post-mortem will determine the cause of death.”

Lerisa Dedericks, one of Melissa’s sisters, said she last saw her on Friday 12 March.

“It was our nephew’s birthday and she was still at home. My mother later saw her on the Tuesday morning at 6:00.”

She added that the family knew something was wrong when Melissa did not return home after a few days.

“We knew something was wrong and that she wouldn’t usually be gone for too long. Us as women went to dangerous places to look for her. Nobody could help us.”

The heartbroken sister added that the suspect lived in a wendy house on her grandmother’s property.

Dedericks said the suspect approached her mother for R25 that her sister Melissa apparently owed him.

“She owed him R25, he came to my mother last week to ask for the money, knowing full well that my sister was buried in the backyard. My sister was not a dog.”

According to Dedericks, everyone loved Melissa and the whole family has taken the news very hard.

“Everyone loved her, so many people knew her and she was helpful and respectable. It’s also very hard in the way they did it. They apparently tried to burn my sister’s face. We want answers. We want them to be punished.”

Police said the suspect is expected to appear in the Durban Magistrate’s Court on a charge of murder.

READ: Remains of a Limpopo woman found buried in a shallow grave