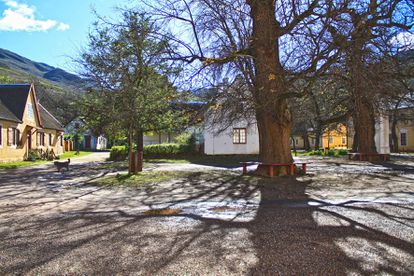 A suspect was arrested on Tuesday 5 November, for the murder of a Genadendal woman, whose body was found by residents at a local dumping site on 2 November 2019.

Just three days later, a suspect has been arrested, due to the immediate response of Overberg police cluster commander, Brigadier Donovan Heilbron.

Local residents played a big role in the case, as they discovered the body and helped lead the police to the murder suspect.

Heilbron said that as soon as they received news of the body, he spurred members of the community and the police into action.

The station commander was also contacted to confirm where police patrols were at the time of the murder.

“This region is not known for violent crimes and when such a crime occurs, especially against a woman, we must ensure that we do everything within our powers to track down those responsible.

The region is a close-knit community and with the assistance of residents, we were able to find a suspect in about 48 hours and arrest him,” he said.

Heilbron told the SouthAfrican.com that the victim was coloured, in her mid fifties and was found with a slit throat.

“Residents said she picked things up from the dumping site in Genadendal quite often. They apparently saw a man on the dumping site with her that day and so we picked him up as a suspect,” said Heilbron.

Heilbron says the most important thing is to gather DNA to place the suspect at the crime scene.

“All mechanisms are being put in place to see if he can be linked to the scene.”

After the suspect’s arrest was made

Heilbron said that as procedure goes, he appointed a detective to speak to the family of the victim. “The woman’s next of kin has been informed and will continue to be notified of any updates,” he said.

Police spokesperson, Noloyiso Rwexana confirmed that a 32-year-old was arrested for murder on Tuesday 5 November and appeared in court on Wednesday morning, 6 November, in Caledon.

According to Heilbron, the suspect is expected to appear in court again on 22 November 2020. “He is to remain in custody for further investigation and possibly reports and results of investigation aids.” said Heilbron.

Anyone with information about the murder can anonymously contact Crime Stop on 0860010111 or SMS Crime Line on 32211.