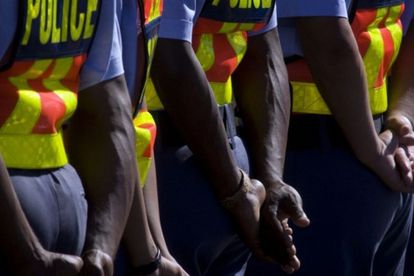 Police need the community’s assistance in tracking down a person pretending to be a Captain in the SAPS and asking people for donations. Photo: SAPS

Police need the community’s assistance in tracking down a person pretending to be a Captain in the SAPS and asking people for donations. Photo: SAPS

A woman was fatally wounded and five other people were injured in a random shooting in the town of Oukasie in Brits on Wednesday.

The community members were on their way to the Community Hall for meeting when shots were fired.

“It is alleged that community members were on their way to attend a meeting at Oukasie Community Hall, when shots were fired.

“A 30-year-old woman was fatally injured and five more people; four females and one male between the ages of 12 and 46 were injured,”

POLICE LAUNCH A MANHUNT FOR SHOOTERS

Police in Brits have since launched a manhunt after a shooting incident was reported on Wednesday evening, 8 June 2022.

Myburgh added that the motive of the shooting is still unknown and no arrests have been made.

Members of the community who may have information that can assist in the investigation are requested to contact  the Investigating Officer, Sergeant Gift Matome on 078 ‪338 2542‬.

Meanwhile, three suspected blue light robbers were shot dead in Sandton on Wednesday evening after a shootout with police and private security companies.

One suspect who was in the car with the other three was arrested.

According to police spokesperson, Lieutenant Colonel Mavela Masondo, members from Crime Intelligence have been following information about suspects that are committing hijackings and armed robberies. Mostly in the Northern Suburbs of Johannesburg, at times using vehicles fitted with blue lights.