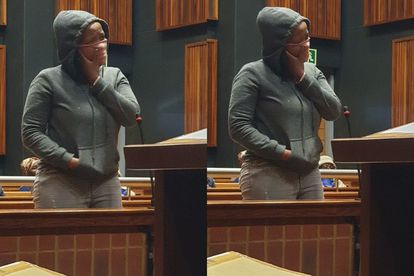 A 31-year-old woman was found guilty and convicted for killing her grandmother in the Johannesburg High Court on Tuesday, 23 August. The accused, Nomaswazi Rachel Tshabalala, pleaded guilty to murder, 24 counts of fraud and theft of her grandmother’s bank and SASSA cards.

Tshabalala lived with her grandmother, Nomsa Hilda Tshabalala, in Mndeni, Soweto. She admitted to being under the influence of drugs when the murder was committed on 14 December 2019. The killing followed an altercation when the grandmother tried to put her out of the house.

“In her plea explanation, she stated that she reported Nomsa, missing on 19 December 2019, at the Naledi police station. She further stated that she thereafter started withdrawing funds from Nomsa’s Nedbank and SASSA cards, from 17 December 2019 until 3 September 2020,” said the NPA spokesperson.

Tshabalala was arrested on 3 September 2020 for using her grandmother’s card after she was reported missing. Initially, she was detained on fraud and theft charges. This changed when a tenant discovered the grandmother’s remains in June 2021.

Tshabalala’s relatives rented out the house after her arrest and detention. As the tenant was cleaning the yard, he found the grandmother’s remains buried beneath a steel cabinet in the backyard.

Senior State Advocate Tshimangadzo Xakaza told the court the State does not accept Tshabalala’s plea explanation and will argue that she premeditated her grandmother’s murder during sentencing proceedings.

The matter was postponed to 7 October for sentencing.